An Ohio family says a man who used to be a stranger is now considered family after he gave part of his body to save the life of their baby girl.

Joe Gilvary came bearing gifts for his first visit meeting baby Katelyn, but nothing can top what he's already given.

"It's one of the most powerfully emotional things," he said. The 59-year-old saved her life by donating a small piece of his liver.

"We'll never be able to repay him for what he did, even though he always says he got more out of it than we did," says Katelyn's mom, Brittany Kutscher.

Meet one of the only dual donors in the United States

Katelyn was born with a liver disease in which bile builds up in the liver, eventually causing it to fail. Doctors at Cleveland Clinic listed her for a liver transplant when she was just five months old.

"Her size was so small. It was not easy to find an organ donor to fit her body size because most of the donors are adults. We don't have many pediatric donors," said Cleveland Clinic Dr. Koji Hashimoto.

That's when Joe stepped in - anonymously - to help a total stranger.

"It was, I mean, it was just amazing that somebody we didn't even know would give a piece of their body to make sure my kid lived - make sure I get to see her grow up and that she gets to grow up."

And get this - this isn't the first time Joe's saved a life. He donated a kidney a year earlier, making him one of about 50 dual donors nationwide.

"It happened with the kidney and it's happened now, I get more than I gave," he said.

"She's doing awesome. She's starting to crawl and she can sit up and she's starting to say some words. It's just awesome seeing her finally be able to get stronger," Brittany said. 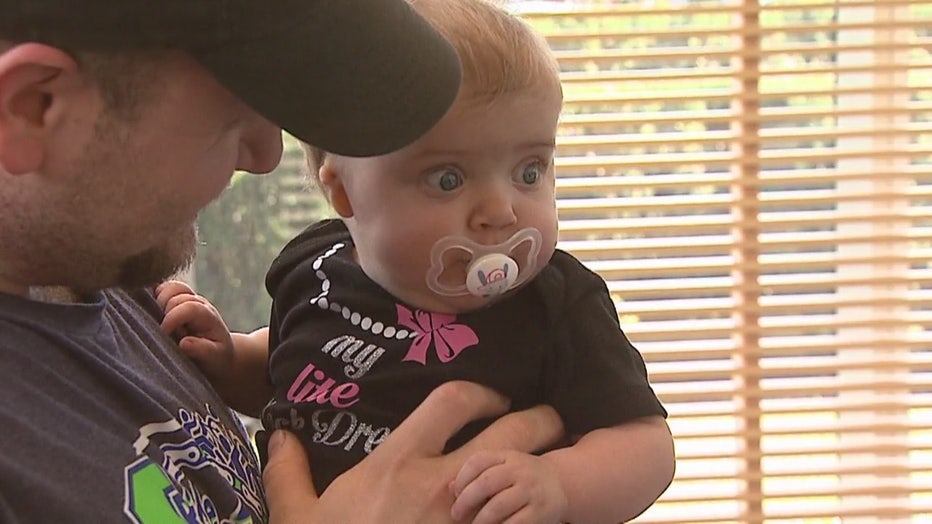 Dr. Hashimoto says many people don't realize you can donate a portion of your liver and save someone's life.

He says there's now a minimally invasive procedure available, making it easier than ever before to become a living donor.