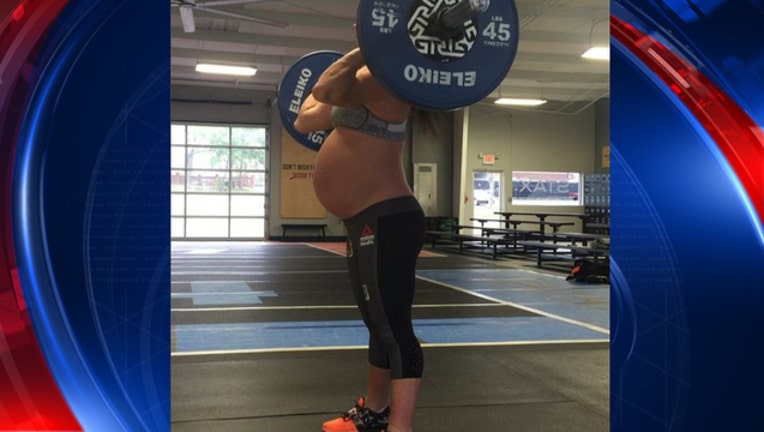 (FOX NEWS) CrossFit trainer Emily Breeze is a mom-to-be who has chosen to maintain an intense fitness regimen throughout her pregnancy-and received serious backlash for it. Breeze was recently filmed lifting more than 90 pounds 37 weeks into her pregnancy, which scored her praise from some commenters and outrage from others.

Watson is a CrossFit trainer who recently told the Today show that working out is “her life.” She regularly updates her Instagram page with healthy lifestyle pictures and videos for her 15,000 followers to enjoy, and she’s gained attention over the last few weeks for her ability to deadlift crazy amounts of weight while pregnant. Though Breeze has assured her followers that she’s been listening to her doctor’s advice as far as fitness is concerned, many have said they’re worried she’s jeopardizing the health of her pregnancy by maintaining such an active life in the gym.

Breeze has addressed her critics on her Instagram page before telling Us Weekly “People who don’t know me write the craziest things. I am completely baffled that people would think I’d do anything that would harm my baby … but I won’t allow someone’s uneducated opinion to deter my doctor-approved fitness regime during my pregnancy."  SEE HER Instagram posts here.

Breeze is not the first to encounter this criticism. Just last month, Australian trainer Chontel Duncan came under fire for continuing high-intensity workouts during her pregnancy. And fitness competitor Stacie Venagro received backlash for her six-pack pregnancy in January, as well. But despite the overwhelming backlash, experts say maintaining a fit, healthy lifestyle during pregnancy is often what’s best for mother and child.

The most recent set of American Congress of Obstetricians and Gynecologists guidelines state that exercise during pregnancy has been shown to have minimal risks (though the ACOG does recommend modification based on normal physiological changes throughout the nine months). In fact, regular physical activity during pregnancy often brings with it several benefits, like: weight management, physical fitness, a reduced risk of gestational diabetes in obese women, and improved psychological well-being. The guidelines suggest that women with uncomplicated pregnancies take part in aerobic and strength-training activities before, during, and after their pregnancies. But the ACOG warns that any pregnant woman should speak to her doctor and receive a thorough clinical evaluation before embarking on a fitness regimen.

Watch the video that sparked the controversy: