WATERFORD TWP., MI (FOX 2) - Look who is on his way into court - unlicensed builder Justin Hudson was ready to face his victims Tuesday.

Rob Wolchek: "You have anything to say to (them)?"

The unlicensed builder behind JD Hudson showed up in court Tuesday

Rob: "You don't want to apologize to them or anything?"

In the summer of 2018, I introduced you to Tony and his girlfriend Toni.  They were using their life savings to build their dream house in Waterford.

But after shelling out more than $100,000 to the company's owner Justin Hudson, they realized Justin was in way over his head.  The project was a disaster.

Hudson had more unhappy customers I interviewed in my Hall of Shame story, but Toni and Tony were by far out the most money.

Hudson admitted on camera he had no license which is a violation of criminal law.

After my story, the attorney general's office charged Justin Hudson with being an unlicensed builder and issued a warrant for his arrest.  a warrant Justin ignored.

Finally, he was picked up and pleaded guilty this past October to being an unlicensed builder and part of that deal was he'd pay Toni and Tony restitution.

He was supposed to be sentenced last month. I was there and so were the victims.

"We want to see this happen," said Tony. "But it just seems this is going to go on forever."

Justin managed to get the sentencing adjourned a month. That was December - now it's January.

"I thought there was an agreement with the prior attorney that $50,000 would be the restitution but I was advised by the new counsel, that that's not what they want to do - and that they are totally fighting the restitution," said a prosecutor.

"From my conversation with my client it's very clear that Miss Capaldi knew my client didn't have a builder's license and that's actually why she hired him," said Hudson's attorney.

Wait a minute. We have Justin telling his customers he's licensed on undercover camera. 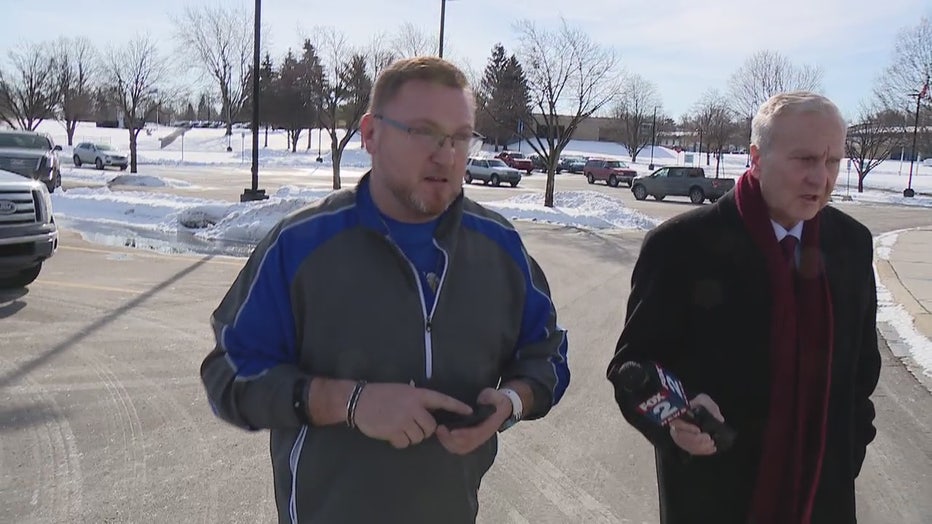 "Oh yeah, and insured," Justin said in our original report.

Justin is sentenced no time if he pays restitution but fines and court costs of about $3,000. Judge Richard Kuhn is not happy.

"Are you able today to make any payment towards your fines and costs? Not even $10 or 15 small payment plan?" Kuhn asked.

Rob: “Justin, how long is this going to go on now?"

Bad builder turns fugitive with warrant issued for his arrest

"He doesn't have any comment, thank you," the attorney said.

Rob: "He doesn't owe any?  Are you kidding me?  Why doesn't he owe any money counselor?"

"She got the work she paid for," the attorney said.

Rob: "Justin, you don't agree with that do you?"

A restitution hearing will be held next month.  See you in Waterford.