Kevin wanted nothing to do with Rob Wolchek.

Wolchek: "Here's my card. Will you call me?"

Kevin wants nothing to do with his customers, either.

And he sure doesn't want to admit any responsibility.

But Kevin Cupp, Wolchek's cup runneth over - with evidence you were there, you got paid, and that your company did some really bad work. 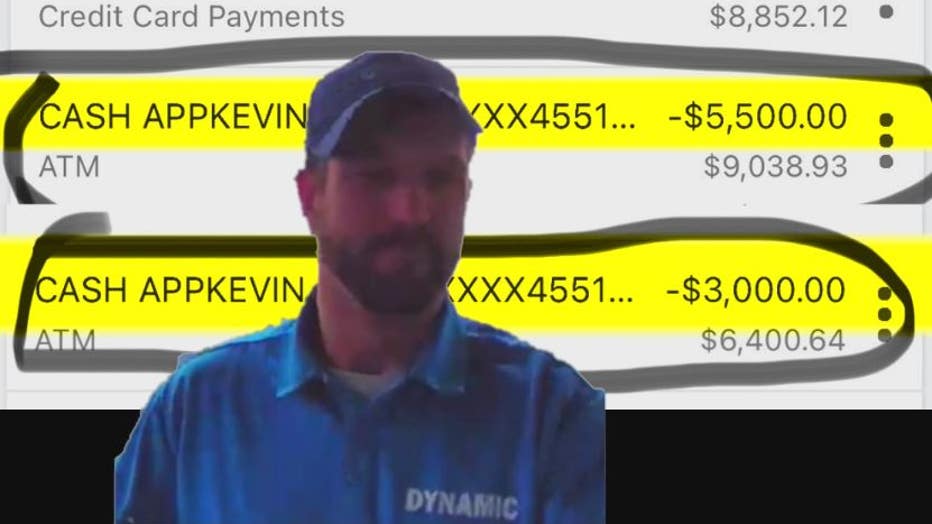 This is Erica's Dearborn Heights house.

Erica: "This is where my son sleeps now."

Erica's son is living in the living room, because there's not much left of the little boy's bedroom.

Kevin Cupp said he could do it and he did - without pulling any permits, following any building codes and without having a builder's license. Even though his business card says he's licensed and insured.

"Nothing was done right, nothing is up to code - and a lot of it has to be torn down," she said.

Halfway up the steep steps is a window. It used to be Erica's son's bedroom window. Now it just looks like an accident waiting to happen.

Up a few more steps, is a weird ceiling notch in the already too skinny stairway. 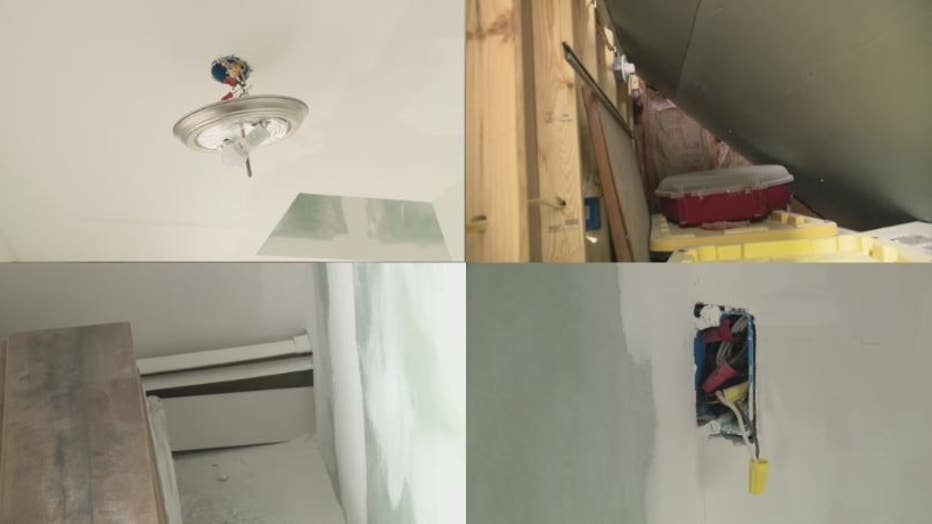 Wolchek: "I'm like Shaq. Shaquille O'Neal in a building."

Then there's the second floor which has the feel of 'fire-trap chic.'

One of these rooms was supposed to be for her little boy. The one with the exposed wires and lights rigged by one of Kevin's crew or by Kevin Cupp himself, not a real electrician.

"He was here the majority of the time," she said.

The other bedroom is a baby's room. Erica is pregnant with a girl due in late August.

The baby's room is filled with hazards, like a metal chimney cutting through the floor.

Maybe with some luck that thing will be warm, because the kids will need it.  Kevin Cupp's Dynamic Project Solutions company had this dynamic idea - no heat. They didn't include a heating source for upstairs. 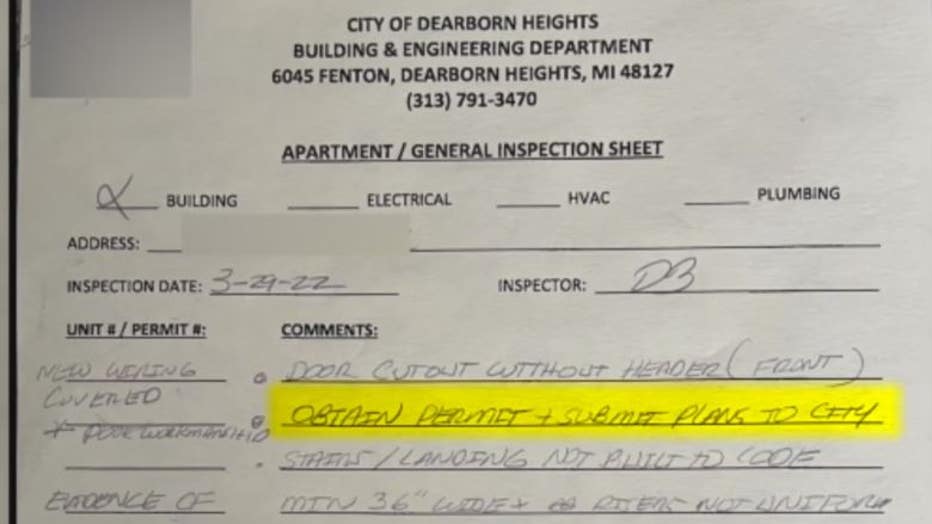 Heating is definitely not the company's forte. Notice how downstairs they built the stairway over Erica's existing baseboard heating. Yep, that darn heater was in the way, so they just built the stairs right over it.

Erica called the city to see if all this work was approved and surprise - they said 'What work?'

The building inspector came out and wrote a scathing report citing no permits, building violations, HVAC violations and electrical violations. The city ordered most of the work to be torn out.

"I've already applied for a loan which, the first loan is already gone," Erica said. "And the second loan, I actually applied for and am approved, but now I have all these extra payments for the loans to fix the work when it should have just been done right to begin with. I trusted them."

Dynamic Project Solutions is located in Monroe. They say they have 20 years experience, but the company was just incorporated last year.

The website has testimonials like this one from "Chuck": "An awesome company to do business with highly professional and their work is a quality."

Well, Erica's work is "a" quality, not necessarily a good quality. 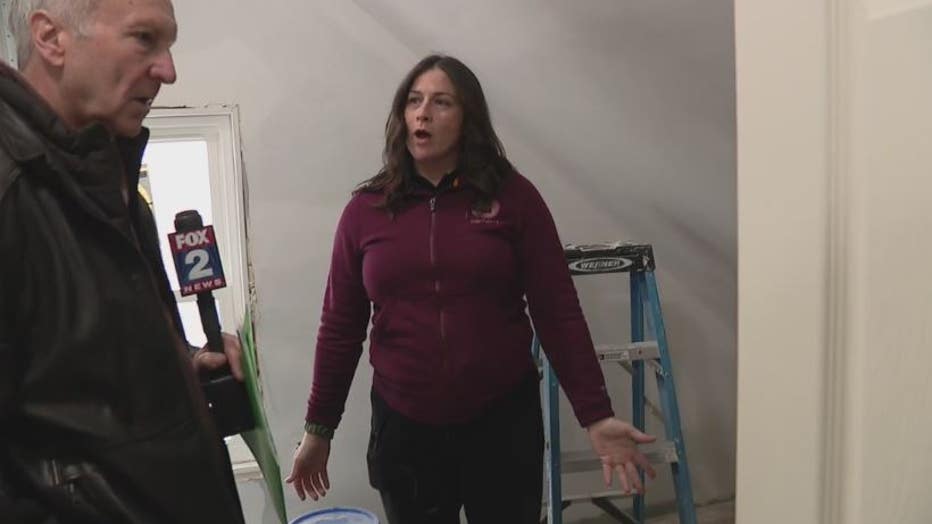 Erica's cousin's husband worked for Cupp, that's how she found the company. So much for family references.

So Wolchek went to the company headquarters to converse with king Cupp at his business location.

Wolchek: "You Kevin? Hey, how come you weren't in court on Tuesday?"

Kevin: "I didn't know I had court Tuesday."

Wolchek: "Yeah. You got court on this lady. So this lady contacted me, Erica from Dearborn Heights."

Wolchek: "Erica Sumonin, something like that. You did a bunch of work at her house."

Kevin: "It doesn't matter. I didn't do the job, It was her family member that did the job who used to work with me." 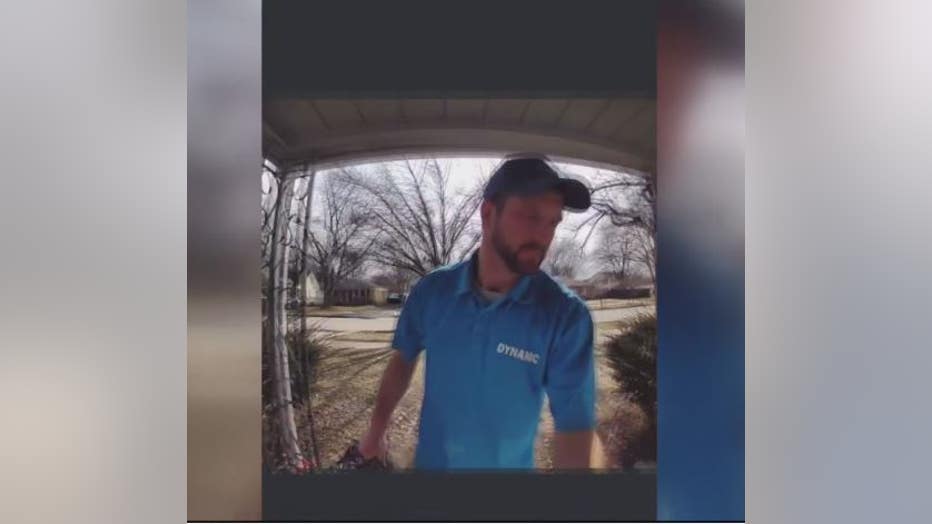 Wolchek: "Didn't she pay you?"

Kevin: "She didn't pay me directly. She paid him."

Actually Kevin, Erica has Cash App payments that she says went directly to you.

Wolchek "Okay. Well I've got a Cash App thing that says the money went to you."

Kevin: "Yeah. That was to pay Brian, her family member."

Wolchek: "Ok. So what happened? You want to talk to me about that?"

Kevin: "Nothing happened on my end because I wasn't responsible for it. That was her family member that did the job, that was trying to help her out and he screwed the job up and now she's blaming me for it."

Wolchek: "Well the city's blaming you now too, because they wrote you up."

Cupp's up a creek.

Wolchek: "Did you go to that job?"

Bad answer Kevin. Because there's video of you at Erica's house taken by her Ring doorbell. 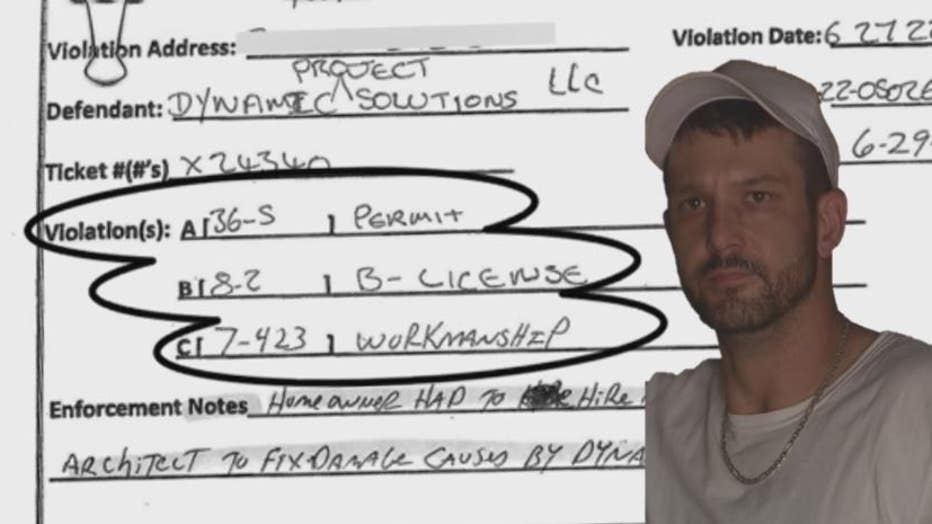 Kevin: "I was there twice."

Kevin: "You can't be filming me dude. Keep filming me, and I'll be suing you."

Rob took the video back to show it to the now 9-month pregnant Erica.

And she blames Kevin Cupp.

It's not the end yet. Not until Wolchek says, "Hey Kevin, you're in the Hhhhhall of Shame!" 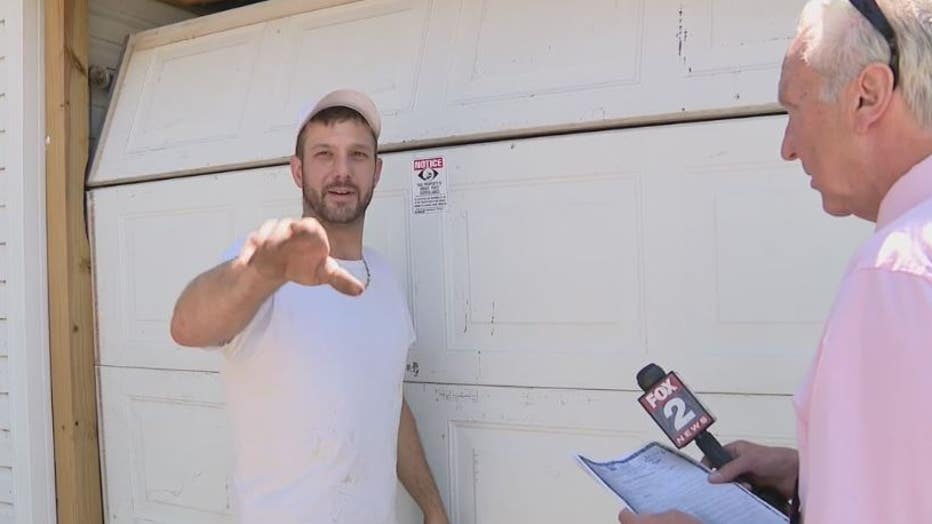