LANSING, Mich. (FOX 2) - As efforts to ban the open carry of weapons in the entire State Capitol building.  A key player in this debate is now open to that possibility.

Ever since a protest last April at the State Capitol last spring, the anti-gun lobby and some lawmakers have been pushing hard to ban open carry in the building.

As efforts to ban the open carry of weapons in the entire State Capitol building. A key player in this debate is now open to that possibility.

After the Michigan Attorney General Dana Nessel ruled that the six-member State Capitol Commission had the power to impose a ban, that commission has debated the issue. But on a 3-3 vote, it failed to pass the prohibition. Now comes word there could be a fourth "yes" vote to break the tie.

The GOP co-chair of the panel John Truscott is "open" to the ban but concealed weapons would still be allowed in the building.

Capitol Commissioner Joan Bauer is elated that he has at least opened the door.

"If that would happen i would be thrilled," she said.

Tim Skubick: "If Mr. Truscott does you've got four votes to do this and that does it?"

"Yes. this my understanding, it would," said Bauer.

Truscott will not comment on this story but he wants to see the ban language and wants to confer with the Michigan State Police on how to implement such a ban if he decides to change his no vote to yes.

The governor favors the ban. 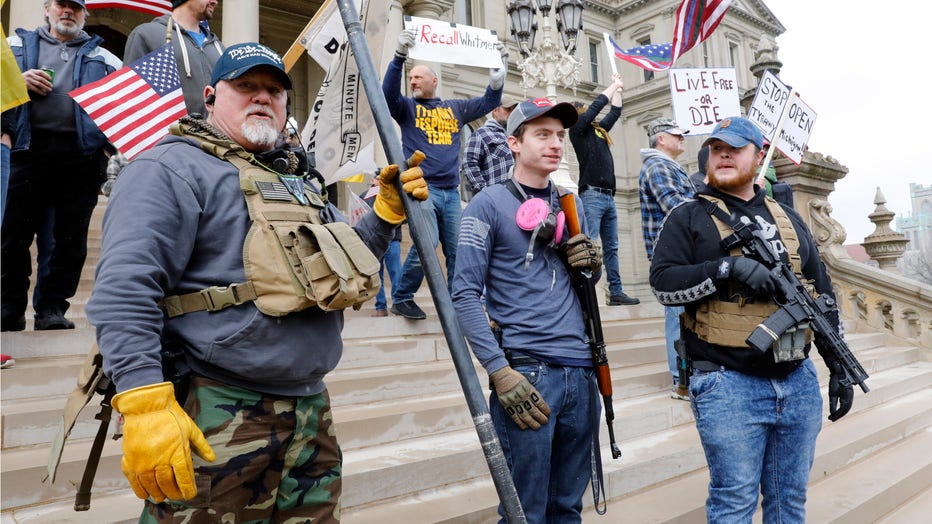 People take part in a protest for "Michiganders Against Excessive Quarantine" at the Michigan State Capitol in Lansing, Michigan on April 15, 2020. - The group is upset with Michigan Governor Gretchen Whitmer's(D-MI) expanded the states stay-at-home

The NRA and other pro-gun rights citizens argue the state has a law legalizing open carry...so how can the state ban weapons in the Capitol.

Bauer reports weapons are banned in other buildings now.

"It is not an absolute right to open carry anywhere you want. there are restrictions," she said.

The commission is set to meet on January 25th, but at this time the proposed gun ban is not on the agenda which is subject to change.