DETROIT (FOX 2) - From signature shoes - to rare jerseys - to tributes in rhyme.

Fans of all stripes from all over metro Detroit showed their love for Kobe Bryant Monday night.

Fans of all stripes from all over metro Detroit showed their love for Kobe Bryant Monday night.

"I think our generation, he was our (Michael Jordan)," said Alton Reisen. "Growing up, I idolized everything Kobe did: his mentality, his game, that fade away."

The iconic basketball player was tragically killed in a helicopter crash Sunday alongside his 13-year-old daughter Gianna and seven others.

"We lost a good one," said Leon Jackson. "It was different just to wake up in the morning and see wow, this brother is 41 years old and he just passed."

FOX 2 caught up with hoops fans in downtown Detroit where the Pistons took on the Cleveland Cavaliers. Their minds however, were on Kobe.

Their favorite 'Mamba' memories and plays on repeat in their heads like a series of instant replays. 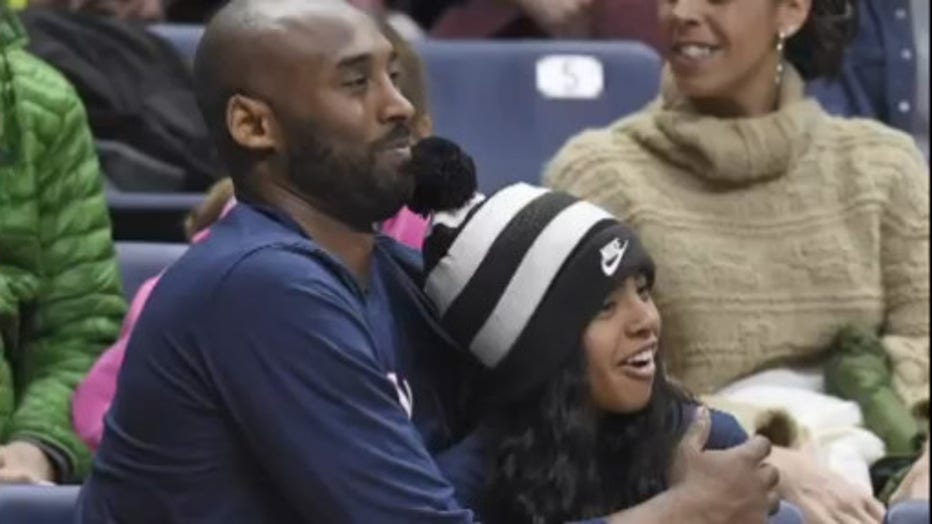 "Watching him hit game winners and just coming out and just giving them that fist you know," said LA native Jesus Gandarila.

"One of my favorite Kobe memories was when he was standing inbounds to block the inbound pass and someone threw it at his face and he didn't even flinch," said Jonathan Djurovic.

FOX 2 met Jonathan Djurovic outside the Nike store downtown where he bought not one, but two pairs of Kobe kicks, Mamba Rages.

"These are pretty cool," he said.

They are getting harder to find and more expensive. Many shoes from Bryant's signature line selling out on Nike.com and flying off the shelves at brick and mortar stores.

"Every location is gone," he said. "Foot Locker, Finish Line, Champs, everybody who had Kobes, it's just no longer."

And that's just one way some fans are paying tribute to a basketball star and offering prayers not just for the Bryant family, but also the friends and relatives of the other seven victims in Sunday's crash. 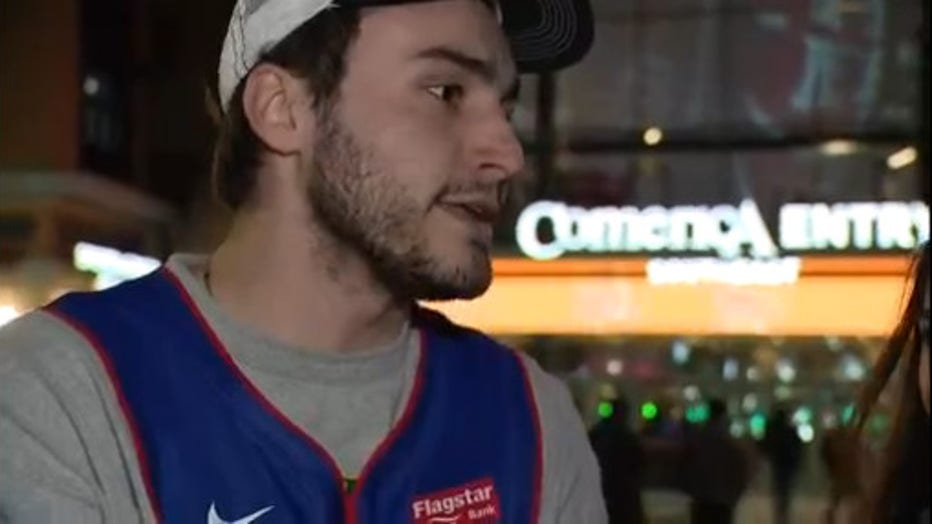 "That's one thing I don't want to get overshadowed, you know? Even though it is Kobe Bryant, one of the most known players in the world," Eric Dates said. "I don't want that to overshadow the other victims in the accident. My heart and prayers go to those victims as well."

And at the start of tonight's game both the Pistons and Bulls held the ball for 24 and eight seconds getting shot clock and half court violations.  Those numbers are significant because they are the two numbers Kobe Bryant wore during his NBA career-number 8 and number 24.

It's something that every team has been doing since Bryant's death to honor the late ball player.

Detroit rapper GMAC Cash dropped a tribute to Bryant in this song.