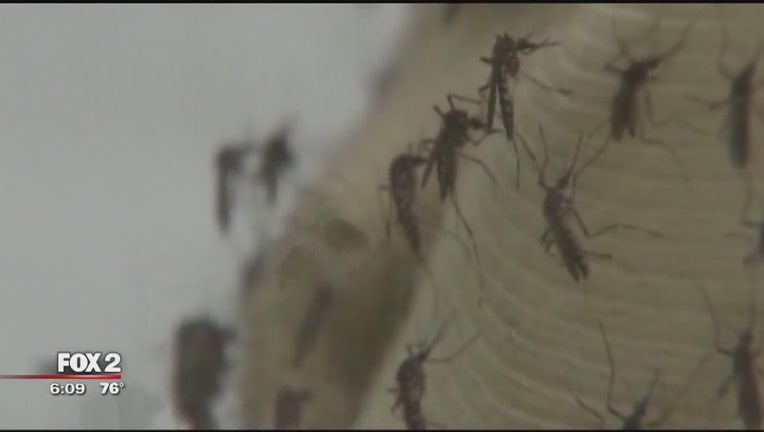 The superintendent of Clarkston Community Schools said their district being out of the way didn't stop them from taking precautions.

"Although we're not in the direct hotspots like just north of us in Genesee County, we felt we're close enough to take some proactive steps to make sure everybody was safe," said Shawn Ryan.

After three people died from a dangerous mosquito virus in Michigan, counties and school districts aren't taking any chances. The superintendent of Clarkston Community Schools said their district being out of the way didn't stop them from taking precautions.

Ryan said the district, which is 7,000 students strong, values safety over anything else. That's why they did mosquito control on athletic fields early Thursday morning.

"It's a big family affair in Clarkston. Sports and activities are kind of the core of what we do," he said, "and the opportunities and experiences we provide so we want to make sure they're safe."

The virus that has health officials on edge is called Eastern Equine Encephalitis (EEE) and it's not to be taken lightly. The Michigan Department of Health and Human Services is calling it "the most dangerous mosquito-borne disease" in the United States. It has a 33 percent mortality rate for those who become ill. For people over 50 and kids under 15, the rate rises to 50 percent.

Numbers this high should spark heightened awareness but not panic, however.

Some of those symptoms range from mild ones like chills and a fever to more severe cases like a headache and vomiting. Stafford said there haven't been any human or animal cases in Oakland County, so they aren't limiting any sporting events or fairs. All three deaths were spotted on the west side of the state. There was another infection found in a horse in Lapeer County and a deer in Genesee County.

Instead, officials are recommending precautions like wearing long sleeves and long pants, applying insect repellant with DEET and removing standing water around your home - which are prime breeding spots for the insect.