CLINTON TOWNSHIP, Mich. (FOX 2) - A new sign popped up along Groesbeck Highway this week, bringing back some serious nostalgia for metro Detroiters.

Major Magics has been reincarnated and is on its way to opening soon in Clinton Township.

Major Magic’s being resurrected along Groesbeck Highway in Clinton Township

A beloved family pizza chain from decades ago is being resurrected in metro Detroit, with the first reincarnated location of Major Magic's to open soon.

Co-owner Dennis McDonnell tells us he and Sparks Pinball Museum teamed up with the folks to bring the beloved family entertainment pizza chain back. For those that don't remember, Major Magic's was similar to Chuck E. Cheeze and Showbiz.

The team has been working hard for more than a year to build an exact replica.

The new location will have classic pinball and other video arcade games, many of which were one at some of the original Major Magic's locations.

But for a serious nostalgia factor, this location plans to have the original 1982 Major Magic's animatronics show.

Sparks Pinball Museum wrote on Facebook that the vintage band, complete with Sergeant Pepperoni, Flash, Barbara Stringband and the Major himself, was saved from the last Major Magic's location in Ohio before it was destroyed. 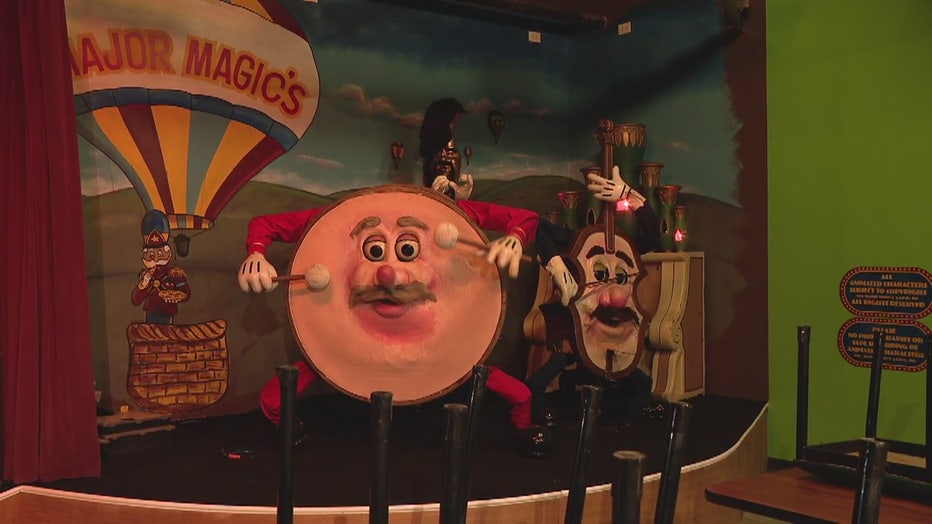 McDonnell stressed to us that this is not a new or updated Major Magic's, but a re-creation of the former restaurant with the classic elements. He says they're hoping it will be like stepping into a time capsule to your childhood.

The owners hope to announce a grand opening date soon. The location is along Groesbeck near 15 Mile.