Lori Robertson had already celebrated her second chance. Then in the summer of 2021, she got devastating news about the cancer. But her friends, neighbors, and friends are standing steadfastly behind her.

BERKLEY, Mich. (FOX 2) - A Metro Detroit woman is fighting to live for the second time in three years. Now she's getting strength and hope from people right outside her front door.

Lori Robertson thought she had already won the fight of her life in 2018 against the rare bile duct cancer. She thought the fight was over and celebrated with ther husband and grown kids.

"I honestly, truly believed I had beat it. Everything was good. I enjoyed every single solitary day that I had," Lori said. "We went on a massive trip in June. We went to Alaska, I went hiking. I felt strong."

Lori believes she was on the other side and never expected what would come in the summer of 2021: the cancer had come back. The news was devastating.

"This time it was complete depression- it really was. It was hard to come out of it. It took me a good 5 weeks to absorb the information. There was a lot of tears and I would think about things I'm going to miss," Lori said. "It's hard to believe that I won't have a 56th birthday."

Her 55th birthday came with so much emotion it also brought something magical that lit up her street and her spirit.

"My birthday came and I cried a lot on my birthday because I feel like it could be the last one. So at 9 o'clock that night, Rob said ‘let’s go for a walk,' and when we walked outside...there were a lot of people congregating at the end of my driveway and everybody was hugging me and I just cried and cried. I think it was the release I needed and I had a great week that week," she said.

Lori was surprised with luminaries on her street and signs with a green heart and her initials which were placed throughout the neighborhood and Berkley. The simple heart with a strong message was all organized by her friends and neighbors.

"A heart represents a hug to me and I just hope that she feels hugged and comforted by the community and know that we're here for her," her neighbor, Diane Brus said. 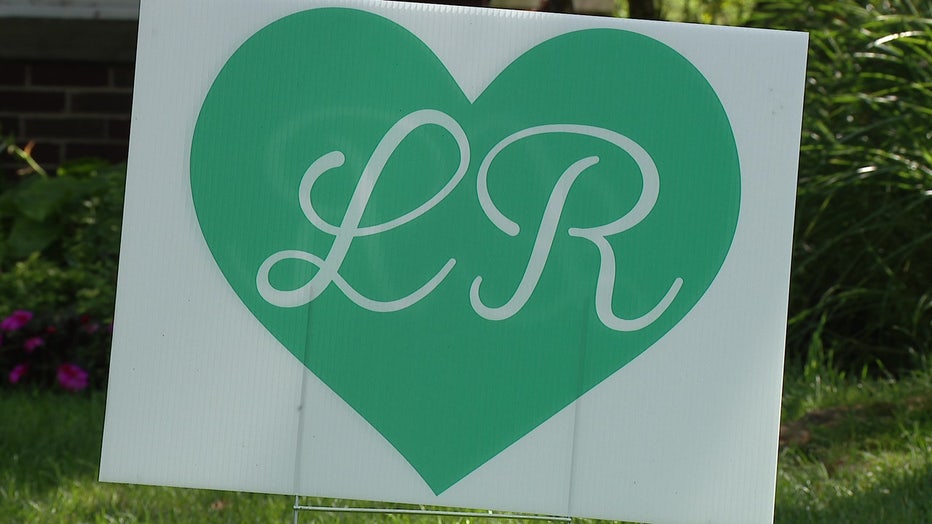 It's important for everyone to feel connected but especially so for cancer patients. Dr. Felicity Harper is a clinical psychologist with Karmanos and Wayne State and said the acts of support give a powerful lift.

"What a great thing to be able to drive home. It's not even like you have to talk to people - there are these hearts with your name on it as you're driving home to your house. I think that's a really wonderful gesture: you know that people care, you know they're there if you need them but you don't necessarily have to reach out if you don't feel like it. You don't necessarily have to have the pressure and feel like you have to talk to these people. They want to know how (you're) doing but (you're) not in a place where you can do that today. I think - what a fantastic gesture that is," Dr. Harper said.

As she endures the challenges of weekly chemotherapy treatments, Lori can't ignore the tough realities of cancer. But she's not doing it alone.

"I want her to know that when she doesn't have the strength, we're here for her to pick her up," Brus said.

Lori could be eligible for a life-saving surgery called HIPEC and is expected to get the answer later this month.

If you want to help in her cancer fight, her friends set up a GoFundMe page here.