TAMPA, Fla. - For a pair of football fans who will be watching the Super Bowl at Raymond James Stadium, Sunday's game is a lot more important than which team wins or loses.

One of the fans has terminal cancer and this may be one of the last chances these friends have to see a game in-person. It turns out, it was an act of kindness from an NFL referee that's helping them enjoy this once-in-a-lifetime experience in Tampa.

"It's unbelievable. I mean, the hardest ticket in the world to get," said Rusty Sergent of Milwaukee, Wisconsin.

"I never thought I would ever be in a Super Bowl," said his friend Richie Marsili who lives near Chicago. "Never thought." 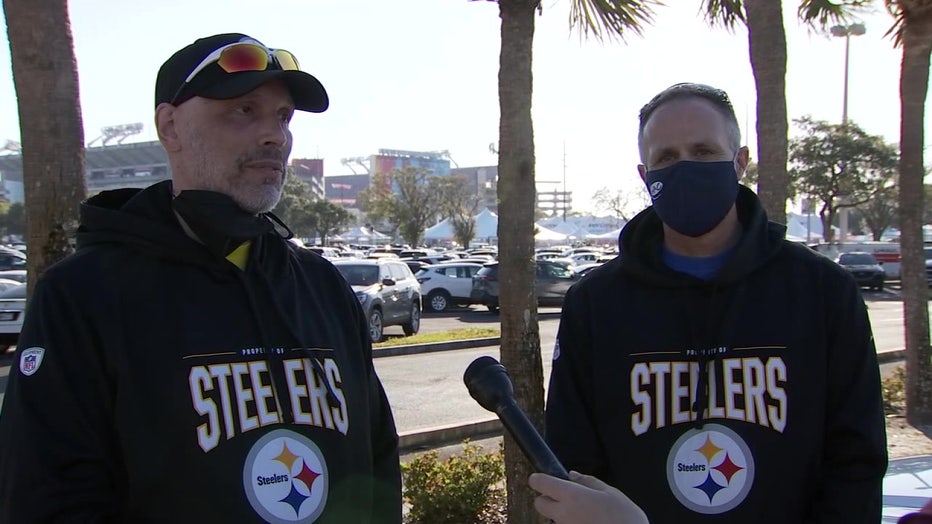 But, the road to RayJay has been anything but easy. A couple of years back, Marsili was diagnosed with cancer, a rare untreatable sarcoma. He's now on round four of chemotherapy.

"We were supposed to be on very limited time and a year came and went," Marsili said.

Since then, the life-long Steelers fan began crossing items off his bucket list. He saw his favorite team play in Pittsburgh and even got to meet running back James Conner, a cancer survivor. The emotional meeting went viral.

RELATED What fans can expect this weekend in Tampa, the Super Bowl city

Tickets during normal times are tough to come by. But Sergent was determined to ask anyone he could, including someone who knows an NFL referee. The ref, Brian Bollinger, immediately offered his own tickets at face value. Bollinger, sadly, lost his daughter in a car accident. They say he wanted to use this opportunity to spread a little kindness. 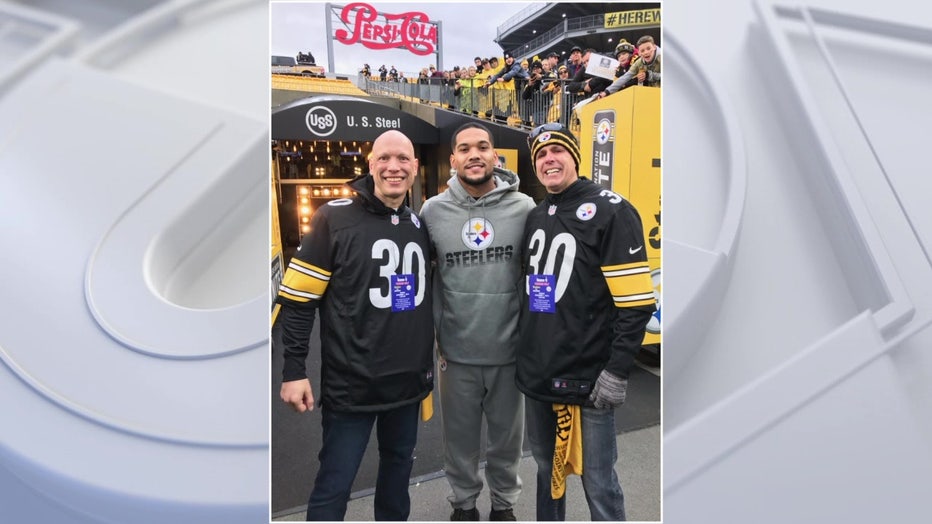 "He's a wonderful person that stepped up and became a part of my story," Marsili said. "I have no reason other than just good-heartedness."

So, they packed up the car and drove to Florida with their wives to make some memories.

"It's a football game," Sergent said. "You know, we don't know when our next football game is going to be together so this is an important game."

Marsili hopes his story inspires others to keep fighting and keep living, no matter what.

"Maybe someone else is sitting at home that's got a dismal fight that looks helpless but they need to know it's worth fighting," Marsili said. "They told me a year and here we are. It's well over a year." 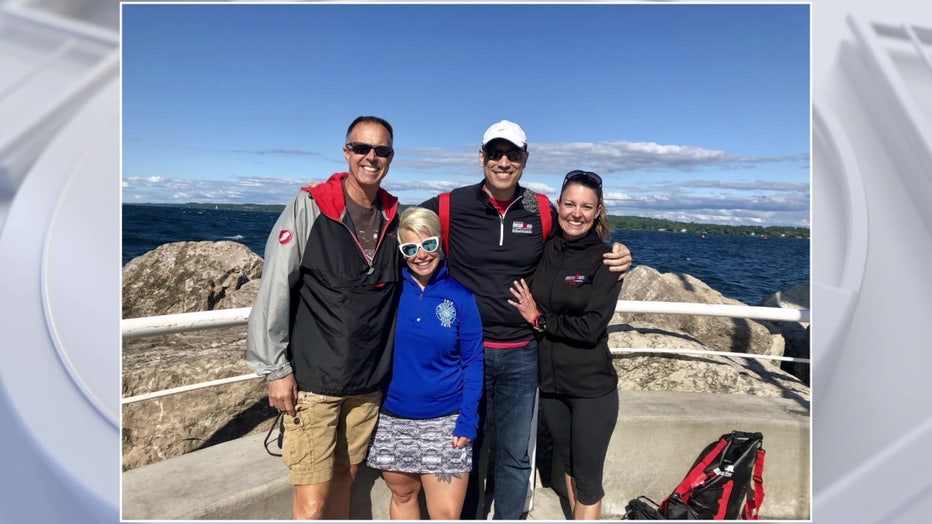 While Raymond James Stadium will be a sea of red, you'll find these two buddies decked out in black and gold.

"We're going to represent the Steelers all the way," Marsili laughed while he and Sergent wore matching Steelers sweatshirts.

These friends are guaranteed to walk out of the game with their own kind of victory.

"We're here right now," Sergent said. "How can we make this the most incredible journey that two friends and two families can enjoy? And that's why we're here. This is our journey, our time."

The two couples are spending the weekend on the beach in John's Pass. Someone else offered up their condo when they heard their story.

So, when you spot the two Steelers fans inside the stadium Sunday, make sure to give them an air high-five or elbow bump. It's been a long journey to the big game.