The former vice president abruptly announced on Tuesday morning that he won’t spend primary night in New Hampshire as planned.

The former vice president abruptly announced on Tuesday morning that he won’t spend primary night in New Hampshire as planned and instead is flying to South Carolina to headline a kick-off rally in the state he’s long considered his campaign firewall.

“We’re going to head to South Carolina tonight,” Biden told reporters as he visited a polling station with voting underway in the state that holds the first primary in the race for the White House. “And I’m going to Nevada… we’ve got to look at them all.”

The campaign confirmed Biden is now canceling his originally scheduled appearance at a primary night party in Nashua, N.H., and will be in South Carolina instead.

Biden, who limped into New Hampshire after a lackluster fourth-place finish in last week’s Iowa caucuses, said  Monday night to his supporters: “Stick with me 24 hours and we’re going to be just fine. We’re going to win this nomination.”

On Tuesday he said he was still “mildly hopeful” about his prospects in New Hampshire, while also downplaying expectations consistently for the Granite State.

“I took a hit in Iowa and I’m probably going to take a hit here,” Biden said in a striking moment at the top of Friday night’s Democratic presidential nomination debate.

Asked the next day by Fox News if he was writing off the Granite State, the former vice president fired back, saying “I’m not writing off New Hampshire. I’m going to campaign like hell here in New Hampshire, as I’m going to do in Nevada, in South Carolina and beyond. Look, this is just getting going here. This is a marathon.”

For Biden, however, at least a third-place finish here could be critical, if only to prevent an exodus of donors and the possible erosion of his so-called "firewall" of support in the looming South Carolina contest. With the race for first increasingly looking to be between Sen. Bernie Sanders and Pete Buttigieg, Biden’s essentially battling with Sen. Elizabeth Warren and Sen. Amy Klobuchar of Minnesota for a top-three ticket out of the Granite State. 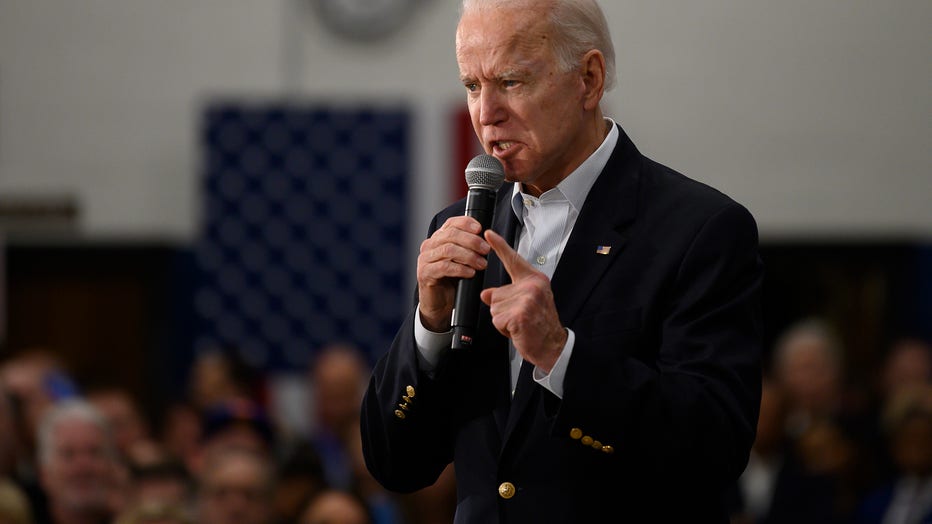 It's a stunning predicament for the candidate who was once the unrivaled front-runner for the nomination. He's long made electability central to his campaign pitch. But University of New Hampshire pollster Andrew Smith highlighted that the final UNH tracking poll for CNN, conducted after Biden’s fourth-place finish in the Iowa caucuses, indicated that “Bernie Sanders is seen as the most electable candidate” to take on Republican President Donald Trump in November’s general election.