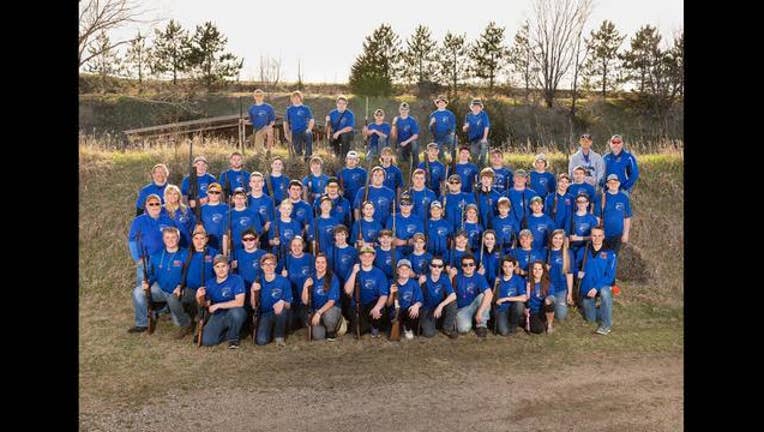 BIG LAKE, Minn. (KMSP) - Big Lake High School has made an amendment to its policy over the display of guns in yearbook photos, and the Big Lake Trap Team photo will now be included.

Trapshooting coach Rhonda Eckerdt said she learned Wednesday from the athletic director that the team picture wouldn’t be included in the yearbook because it's against school policy to show firearms in photos.

The team, coaches, parents and community members said the guns are a piece of sporting equipment – do different from a baseball bat – and should be part of the photo. The issue was expected to be raised by parents during a school board meeting Thursday night, but Thursday morning the school made an exception for the trap team and will allow the photo.

This year’s photo was particularly special because it was the first year the team has its photo in the current yearbook, and the first year ever that all team members were included in the photo.

The Big Lake Schools administration accepted a request this morning to change a handbook policy concerning the display of guns in yearbook photos.

The past policy said the administration may edit or exclude any photos or artwork that displayed firearms or weapons.

Once the procedure for modifying a handbook policy was followed, the district was able to amend the policy so that the school-sponsored Trap Shooting team photo can be included.

It is important to remember that a school district has rules and procedures that need to be followed. The intense conversation around this topic on social media and the phone calls and emails we received, only delayed the process.

We encouraged the public to follow the process when a request is being made to review a rule or policy. As always, we appreciate feedback and comments from the public.

All photos, written text, and artwork must conform to school policies and are subject to approval by the yearbook advisor and/or administration. Photos and artwork that violate school policy, display firearms, weapons, drugs, alcohol, inappropriate gestures or poses, and revealing or obscene clothing may be edited or excluded without permission or notification. Exception given to our school-sponsored trap-shooting team which will be allowed to have team pictures in the yearbook, team poster displayed in the school, and any approved photos taken by yearbook staff. These photos would include their firearms.