FOX 2 - Michigan manufacturing is getting going a week before the Big Three re-start production. That means auto suppliers can be in full swing starting on Monday.

Automotive suppliers to the Big Three open back up next week

That means auto suppliers can be in full swing starting on Monday.

Hilary Golston spoke with an auto supplier and an industry advocate about why they pushed the governor for this.

"We're actually excited to get back to work," said Eric Wilds, Magna International chief sales and marketing officer. "When you look at Monday it will be a slow week, but it will be a gradual restart."

Magna International is a Canadian-based global auto supplier with 10,000-plus workers in Michigan. It explains why getting production going in earnest on the 11th makes all the difference with the Big Three getting things going on May 18.

"You look at the suppliers we have to produce parts, we have to ship it and get the logistics going," he said. "Us getting a head start by a few days makes a huge difference to the success they will have in their ramp-up."

Industry experts back that up, estimating 75 percent of vehicle parts come from suppliers. Safety and manufacturing preparations are key.

"I think one of the big things for us is executing and implementing all the safety protocols that we've been working on over the last several months," said Wilds. "And that we've proven out in other facilities around the world. We will be ready to go."

The executive director of MichAuto which calls itself Michigan's Only Automotive Cluster Association, wrote a letter to Governor Whitmer before she made her Thursday announcement, urging time between supplier and automaker start dates.

"I think all the communication that the industry had provided directly to the governor has been instrumental, they are listening and taking into consideration all of the information," said Glenn Stevens, Jr.

the industry had gone from mobilizing to provide PPE, and ventilators during the crisis to now getting back to a safe start up for their traditional work

"Getting the economy going, getting the industry going is the priority but not at the expense of the safety of our people," Stevens said.

Thursday Governor Whitmer emphasized the importance of manufacturing, saying it represents 19 percent of the state's economy.

According to her, essential workers make up about 5 percent. MichAuto says the auto industry has a $225 billion economic contribution to the state. And virtually every community is touched by the work they do. 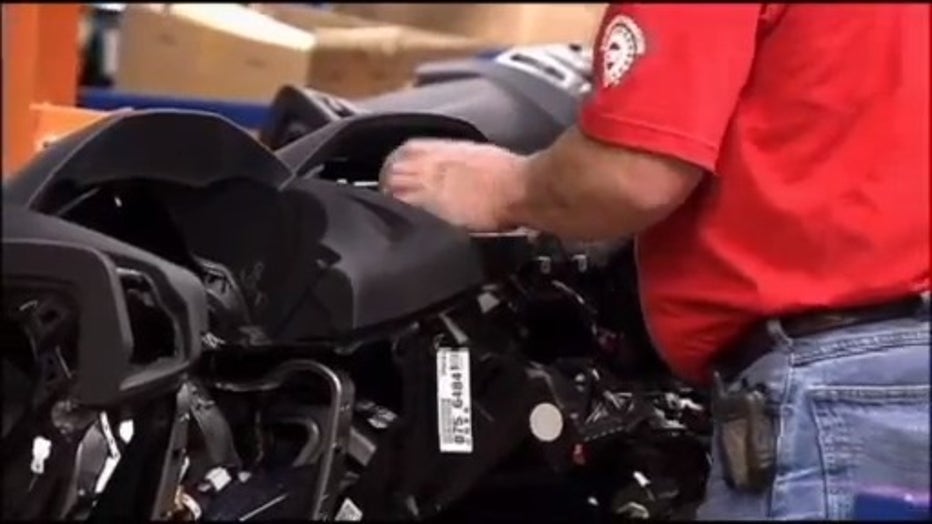