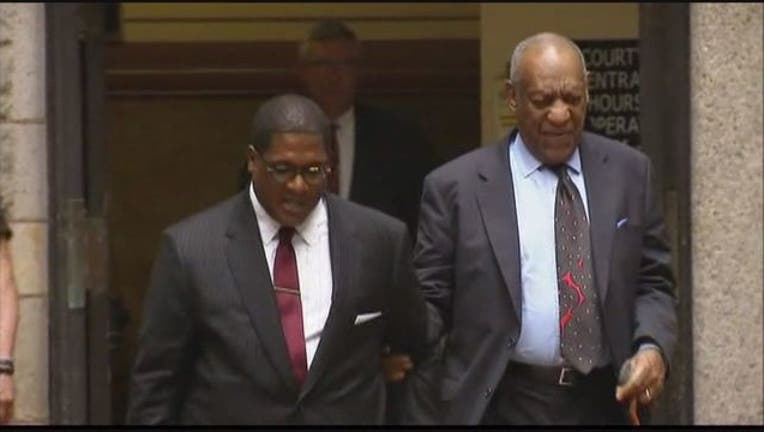 PHILADELPHIA (AP) - More than a decade after Bill Cosby invited a college basketball manager to his home to discuss her career, the 79-year-old comedian goes on trial on Monday in a sexual assault case that is sure to define his legacy.

Cosby's image as a father and family man, on screen and off, helped fuel his extraordinary 50-year career in entertainment. He created TV characters, most notably Dr. Cliff Huxtable, with crossover appeal among blacks and whites, young and old, rich and poor. His TV shows, films and comedy tours earned him an estimated $400 million.

Then a deposition unsealed in 2015 revealed an unsavory private life marked by a long history of sexual liaisons with young women. Dozens came forward to say he had drugged and assaulted them.

The trial involves just one of those complaints, that of the former Temple University basketball staffer. Andrea Constand, 44, of the Toronto area, will take the stand in suburban Philadelphia this week and tell her story in public for the first time.

Montgomery County Judge Steven T. O'Neill hopes to keep the media frenzy from influencing the case as it did at O.J. Simpson's murder trial. The cameras that dominated Simpson's trial aren't allowed in Pennsylvania courtrooms, but scores of photographers will be lined up outside the courthouse. Like the Simpson case, the jury will be sequestered.

"We've had an O.J. hangover for many years," said Loyola Law School professor Laurie Levenson. "What you worry about as the judge is that the lawyers don't showboat, the evidence gets presented fairly, and that you have a jury that does its job and is not being thrown into the whole milieu of the trial outside the courtroom."

Constand filed a police complaint in 2005 over the night a year earlier, when, she says, Cosby drugged and molested her at his estate near Philadelphia. Cosby had beaten back rumors about his conduct before, at least once by giving an exclusive interview to a tabloid to squelch a woman's story.

Cosby and his agents offered Constand money for school when her mother, Gianna, called to confront him in January 2006.

"She said your apology is enough," Cosby later said in a deposition . "There's nothing you can do."

Constand's complaint was referred to Montgomery County, Pennsylvania, where the district attorney found the case to be too weak to prosecute.

Constand instead sued Cosby for sexual battery. Thirteen women signed on to support her lawsuit, saying Cosby also had molested them. But Cosby avoided a trial - after giving four days of deposition testimony - by negotiating a confidential settlement with Constand in 2006.

The issue died down until 2014, when comedian Hannibal Buress called Cosby out as a rapist, leading dozens of new accusers to come forward. Months later, a federal judge granted an Associated Press motion to unseal parts of his deposition.

In one of the more explosive revelations, Cosby said he had gotten quaaludes in the 1970s to give women before sex. The news put a halt to his planned TV comeback and led networks to stop airing Cosby reruns.

Cosby's lawyers have spent the past 18 months trying to have the criminal case thrown out. They say Cosby testified only after being promised he could never be charged. And they argue the delayed prosecution makes the case impossible to defend, given that witnesses have died, memories have faded and Cosby, they say, is blind.

District Attorney Kevin Steele will be allowed to call one other accuser to suggest Cosby's conduct with Constand was part of a "signature" crime pattern. She worked for Cosby's agent at the William Morris Agency and says Cosby drugged and assaulted her in 1996 at a Los Angeles hotel.

Cosby and his family, ahead of the trial, have suggested the charges are fueled by racism. Some of his accusers, including the former William Morris employee, are black.

The AP does not typically identify people who say they are sexual assault victims unless they grant permission, which Constand has done.