DETROIT (FOX 2) - It's a box that will whet your appetite with everything Detroit. From pop to chocolate. But the underlying message appeals to an appetite for knowledge.

"Black women vote. It's a concrete fact that we vote," said Nykidra Robinson. "It's also a call to action as well as our civic duty. So we launched in 2015 and just wanted to engage, educate and empower young black women to get involved in the political process."

It's a box that will whet your appetite with everything Detroit. From pop to chocolate. But the underlying message appeals to an appetite for knowledge.

What Nykidra Robinson of Detroit launched five years ago was a group called Black Girls Vote. What they came up with this party at the mailbox.

Ten thousand boxes that have information about voting are being delivered to homes in Detroit, Baltimore and Philadelphia. Each city has its own local flair inside.

"Whether it's your Faygo pop, whether it's your Better Made chips, we have T-shirts made by Detroit Vs Everybody, Sanders chocolate, we used local vendors to print," Robinson said. "Everything is about Detroit but it's also education about voting and about this electoral process."

Philly has its own themed boxes as does Baltimore. The boxes are packed with goodies with a goal in mind.  A box lands near your mailbox and it reminds you that voting is easy. 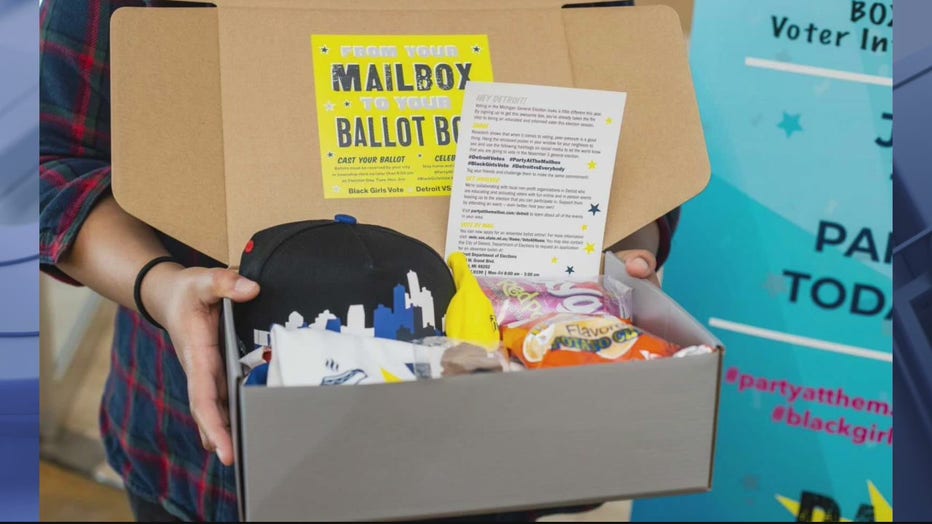 About 2,300 boxes are being handed out in Detroit with the hope one Detroiter will share the goods in the box, while dropping a little information to neighbors - encouraging them to vote.

"We are a non-partisan organization, but we want to make sure voters, specifically communities of color, are educated when they go to the polls and they know what's at stake and about important information about deadlines, and dates because there is a lot of misinformation happening," she said.

Black Girls Vote is picking up support from other pillars in the area to get people out to the polls.

"We are working with the Horatio Williams Foundation in Detroit," she said. "We did a big event with the Pistons this last weekend where we gave out some of the boxes.  People loved the boxes. They loved everything Detroit" 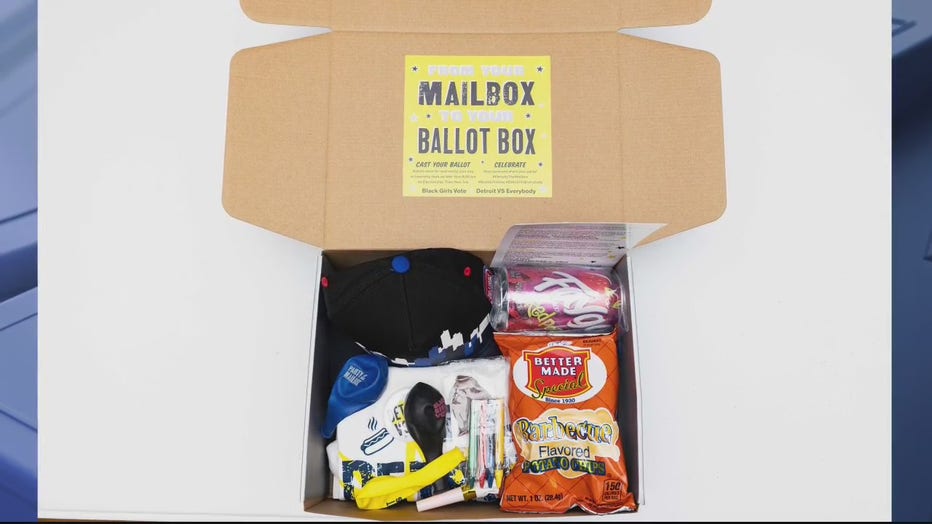 There are no ballots or election materials inside the boxes - just instructions and the treats.