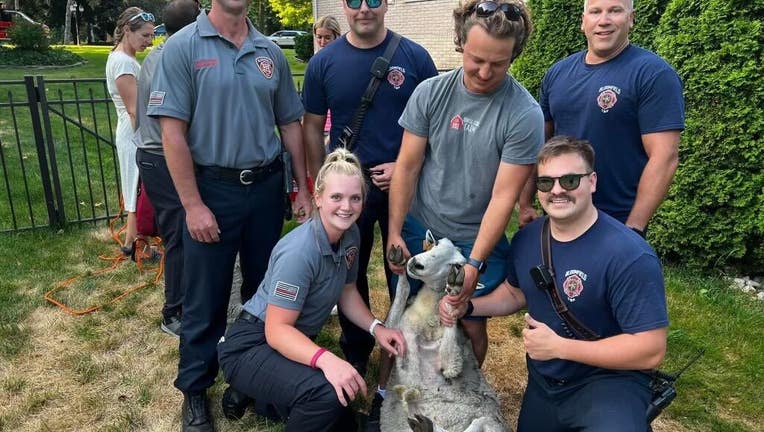 BLOOMFIELD TOWNSHIP, Mich. (FOX 2) - Bloomfield Township police had quite the assignment on their hands Thursday when they received calls about a trio of loose sheep.

Bowers Farm, on E Square Lake Road in Bloomfield Hills reportedly lost track of three sheep that escaped and were running amok in a local neighborhood.

"All sheep were successfully returned to the far with citations for being Baaaaaaaaaaaaaaad," police wrote online.

Several law enforcement members were part of the wrangling, including the township's new police chief James Gallagher, who was appointed in May, 2022.

It required both the police department and fire department to get a handle on the situation - though the photos afterwards don't indicate it was too much of a struggle. 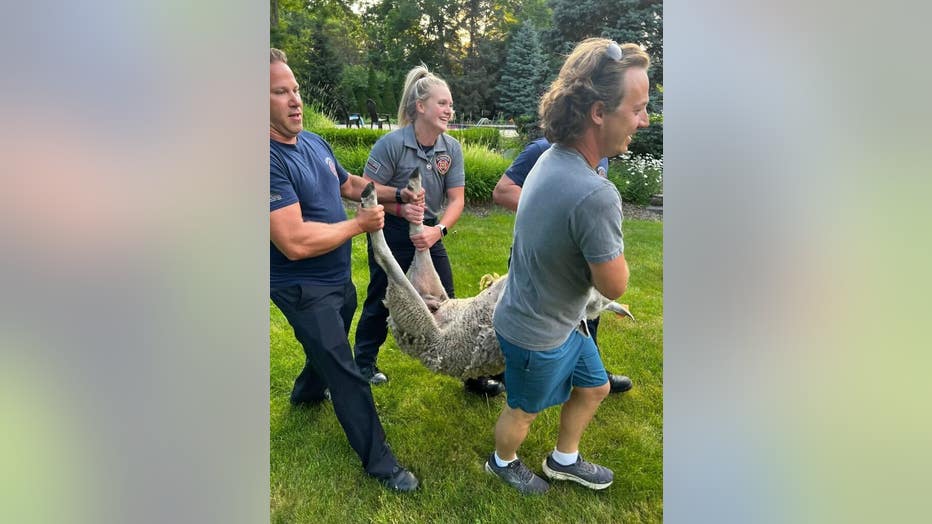 The Bowers Farm has lost animals before. Earlier this year, they needed help catching a cow that made a run for it.