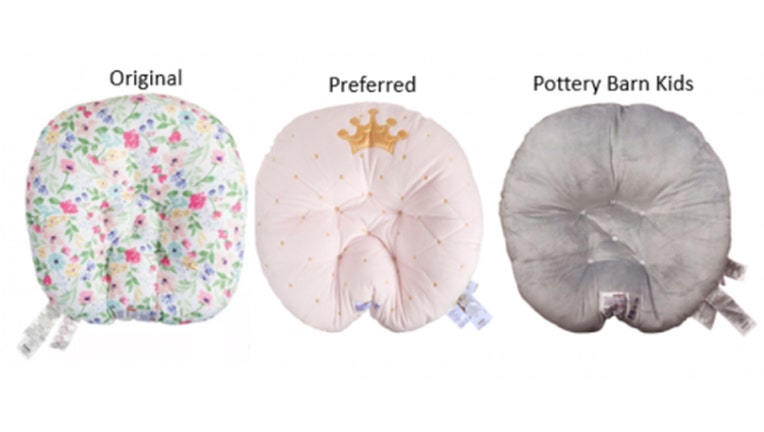 SOUTHFIELD, Mich. (FOX 2) - Over three million loungers for infants and newborns have been recalled due to a risk of suffocation that has killed 8 children, according to the U.S. Consumer Product Safety Commission (CPSC).

The recall was announced on Tuesday and, according to the CPSC, between December 2015 and June 2020, 8 infants suffocated after being placed on their back, side, or stomach on the lounger and were found lying on their side or stomach.

"These types of incidents are heartbreaking," said CPSC Acting Chairman Robert S. Adler. "Loungers and pillow-like products are not safe for infant sleep, due to the risk of suffocation. Since we know that infants sleep so much of the time – even in products not intended for sleep – and since suffocation can happen so quickly, these Boppy lounger products are simply too risky to remain on the market."

RELATED: GM recalls all Chevy bolts over battery problem that could cause fire

Boppy sold 3.3 million of the loungers in the United States and 35,000 in Canada.

"We are devastated to hear of these tragedies," a spokesperson for Boppy commented. "Boppy is committed to doing everything possible to safeguard babies, including communicating the safe use of our products to parents and caregivers, and educating the public about the importance of following all warnings and instructions and the risks associated with unsafe sleep practices for infants. The lounger was not marketed as an infant sleep product and includes warnings against unsupervised use."

Consumers should immediately stop using them and contact  The Boppy Company toll-free at 800-416-1355 from 9 a.m. to 5 p.m. ET Monday through Friday or online at www.boppy.com and click "Recall & Safety Alert" for more information.

Infants and newborns should sleep on a firm, flat surfaces like a crib, bassinet, or a play yard, and parents should never add pillows, blankets, or padded crib bumpers into the sleeping environment.