DETROIT (FOX 2) - A 1-year-old and 4-year-old are in critical condition after being found alone inside a burning home.

Ena Jones heard the smoke detectors from inside her neighbor's home Saturday morning on Elmdale Street in Detroit.

No adults were inside but firefighters say the kids were home alone.

"It got to me, they were going on too long," she said. "I came outside and saw smoke coming out of the house and I banged on the window and called 911."

Help arrived in minutes and although Jones assumed no one was home with no cars in the driveway, just in case she let firefighters know that children lived at the house.

No adults were inside but firefighters say the kids were home alone.

"They actually kicked the door down and a lot of smoke and went in," Jones said. "A couple minutes later they had them out."

"We found out there was a grandmother who was supposed to be watching the children and for whatever reason she was not there."

That is now the subject of a police investigation. Detectives are working out why they were alone and who - if anyone - should be held criminally responsible.

Fornell said in the back bedroom where the fire started, a computer was on a bed and the battery overheated sparking the flames. The boys were in the bedroom right next door. 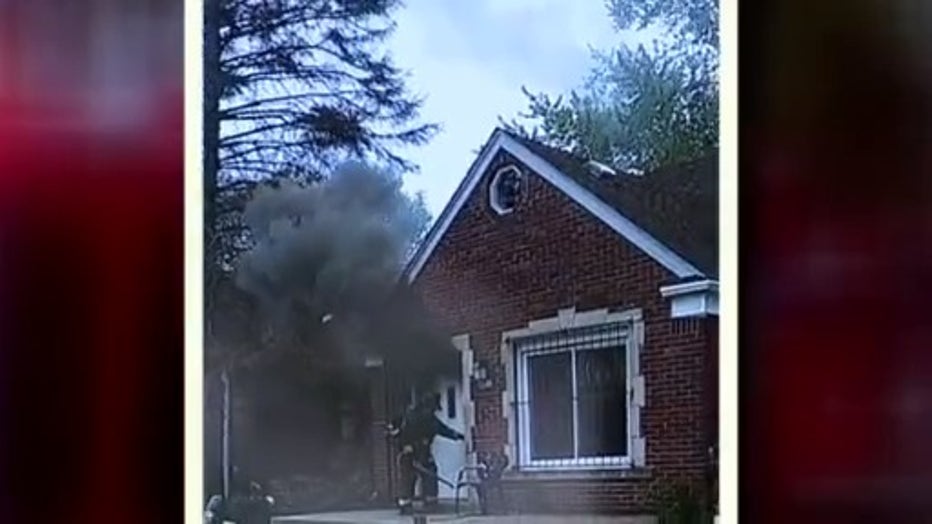 A charred baby's 'Pack and Play' seen through bedroom window shows what firefighters were up against. The two boys were taken to the hospital in critical condition.

"I hope they are better. That is what I am praying for," Jones said.