Britney Spears' father has filed a petition to end the singer's conservatorship, FOX 11 has confirmed. While the conservatorship isn't officially over just yet, Jamie Spears had been working with the Los Angeles County court and his daughter Britney's attorney for weeks to prepare an "orderly transition to a new conservator." But with Tuesday's development, it appears the conservatorship is on the verge of ending all together.

Pop artist Britney Spears announced her engagement on social media, posting a video of herself on Instagram showing off her new engagement ring.

The engagement comes after Spears has dated boyfriend Sam Asghari for four years, with manager Brandon Cohen releasing a statement saying he is proud of the couple.

"The couple made their long-standing relationship official today and are deeply touched by the support, dedication and love expressed to them," Cohen said, noting that Spears' new ring was designed jeweler Roman Malayev.

"He couldn't be happier to be involved and make this one-of-a-kind ring," he added.

The pop star's ring is 4 carat diamond ring designed by Forever Diamonds NY, who Asghari said he really "connected with." 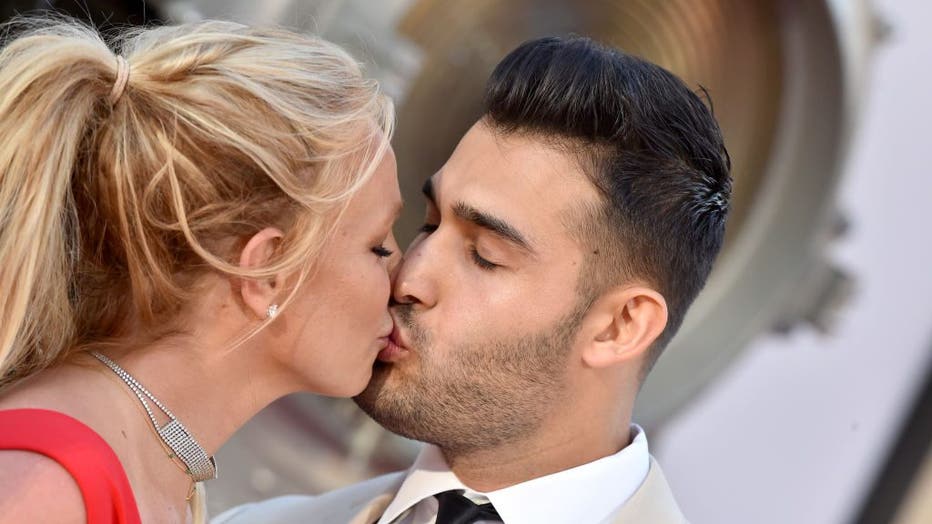 Britney Spears and Sam Asghari attend Sony Pictures' "Once Upon a Time ... in Hollywood" Los Angeles Premiere on July 22, 2019, in Hollywood, California. (Photo by Axelle/Bauer-Griffin/FilmMagic)

"Every designer I spoke with about the ring was amazing with great ideas, but I just clicked with Roman - we really connected on the design and he was as excited as I was to make it special - that’s why I chose him," Asghari said.

The couple was also congratulated by the ring's designer.

"We are thrilled to congratulate Britney and Sam on their recent engagement. We couldn’t feel more honored to create this ring for such a special couple. Their journey together has touched people around the world and we're so excited to be a part of their forever," Malayev said.