FOX 2 - The younger brother of Michigan State University basketball star Cassius Winston was killed after being hit by a train.

Zachary Winston, a student-athlete at Albion College, was killed after being hit by an Amtrak train, according to published reports. 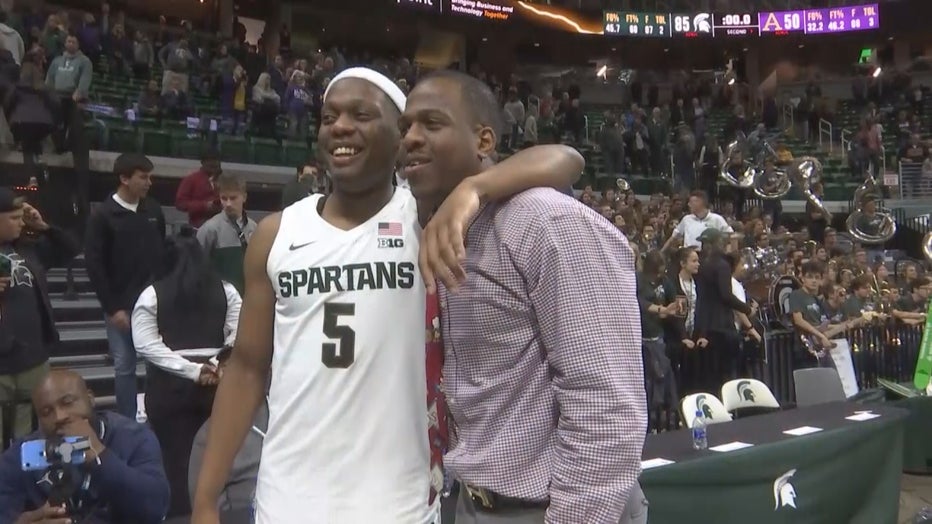 Winston was a sophomore on the men's basketball team along with their youngest brother, Khy.

The Albion Department of Public Safety said that at 8:30 p.m. a 19-year-old student intentionally walked in front of a westbound Amtrak train, but did not release the name.

Winston, like his brothers, played in high school at University of Detroit Jesuit.

To Our Albion College Community:

As a community, our hearts are broken today as we share the news of the passing of one of our students, Zachary Winston. Zach was a finance major, a student in the Gerstacker Institute for Business and Management, and member of the Albion College men’s basketball team. Beyond that, he was an extremely charismatic young man with an infectious smile. Zach was a recognized leader who was well known across every facet of our campus, He was a fantastic student with a world of potential before him. He was deeply loved and will be deeply missed.

As a campus, we have provided opportunities for students, faculty and staff to receive counseling and support in the challenging days ahead. We want all students to know they are not alone.

Our hearts go out to his brothers, Khy, who is a freshman at Albion, and Cassius, who is a senior at Michigan State University, his parents and his extended family. We echo the family’s request in asking everyone to respect their privacy at this time.