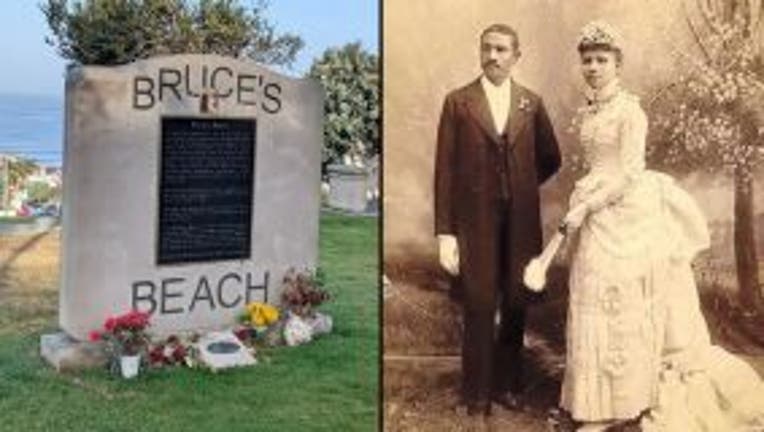 SACRAMENTO, Calif. (AP) - California lawmakers unanimously moved Thursday to allow the return of prime beachfront property to descendants of a Black couple who were stripped of their resort for African Americans amid racist harassment a century ago.

What was known as Bruce’s Beach in the city of Manhattan Beach was purchased in 1912 by Willa and Charles Bruce.

They built the first West Coast resort for Black people during an era when racial segregation barred them from many beaches. The couple built a lodge, café, dance hall and dressing tents with bathing suits for rent.

"Bruce’s Beach became a place where Black families traveled from far and wide to be able to enjoy the simple pleasure of a day at the beach," Los Angeles County Supervisor Janice Hahn said in April when the county announced plans to return the property.

But the Ku Klux Klan tried to burn it down, and white neighbors harassed the couple and their customers. Bogus "10 minutes only" parking signs were posted and beachgoers often returned to find the air had been let out of their tires, according to a legislative analysis.

Bruce's Beach to be returned to descendants of Black family

Calling it a long-overdue righting of a wrong committed a century ago, County Supervisor Janice Hahn said today the county will return a scenic parcel of Manhattan Beach land to the descendants of a Black couple who operated a beach resort that was derided by residents and ultimately condemned and seized by city.

Manhattan Beach used eminent domain to seize the land in 1924, ostensibly for use as a park.

It will take the state law that legislators sent to Gov. Gavin Newsom on Thursday to transfer the property to the couple’s descendants. The transfer would also have to be approved by county supervisors.

The bill will "finally do the right thing, to undo a wrong committed by the city of Manhattan Beach and aided by the state and the county," Democratic Sen. Steven Bradford said. It "represents economic and historic justice and is a model of what reparations can truly look like."

Council members in Manhattan Beach, a predominantly white and upscale city of about 35,000 people on the south shore of Santa Monica Bay, formally condemned the property seizure in April.