FOX 2 - Michigan stands as one of the key swing states in the November race for the White House.

Roop Raj spoke 1-on-1 with T.J. Ducklo, the press secretary for Joe Biden and Tim Murtaugh, the Trump Campaign director of communications on Michigan's importance and how their candidates will try to win the state.

Tim Murtaugh joins Roop Raj to talk about the president's handling of the coronavirus pandemic and the race to November.

FOX 2: "There are frustrations with the way things are going.  The virus, the economy.  What do you tell a Michigan voter who says I am going to vote for Biden?"

Murtaugh: "You've got Joe Biden who has a record of overseeing the slowest economic recovery since the Great Depression when he was the vice president and he says that the first thing he will do, is to raise taxes. That means a tax increase of 90 percent of Americans. He'll also impose The Green New Deal on every single employer in this country and that includes Michigan. These are the businesses that will be trying to recover from the Covid-19 pandemic and if Joe Biden slaps The Green New Deal on them, it will kill job creation just when we need it the most."

To watch the rest of the interview including more details on Trump's coronavirus response and the effort to attract more diverse minority voters, watch the video above.

FOX 2: "Tim Murtaugh says under Joe Biden, The Green New Deal would be imposed and taxes would be raised.  How do you respond?"

Ducklo: "I think the Trump campaign is putting out a lot of misinformation and a lot of lies about Joe Biden's position," he said. "That would be my first number one. Second thing I will say, the other thing about the Trump campaign is they are desperate to distract from Donald Trump's historic failure to get this coronavirus under control.  We are seeing such a sharp contrast in leadership from what Donald Trump is putting forward and what Joe Biden is putting forward.

TJ Ducklo, the press secretary for Democratic challenger Joe Biden spoke about Trump's handling of the coronavirus pandemic and plans for a November win.

To hear more about how the Biden campaign is taking on Trump's handling of the pandemic, watch the full interview above. 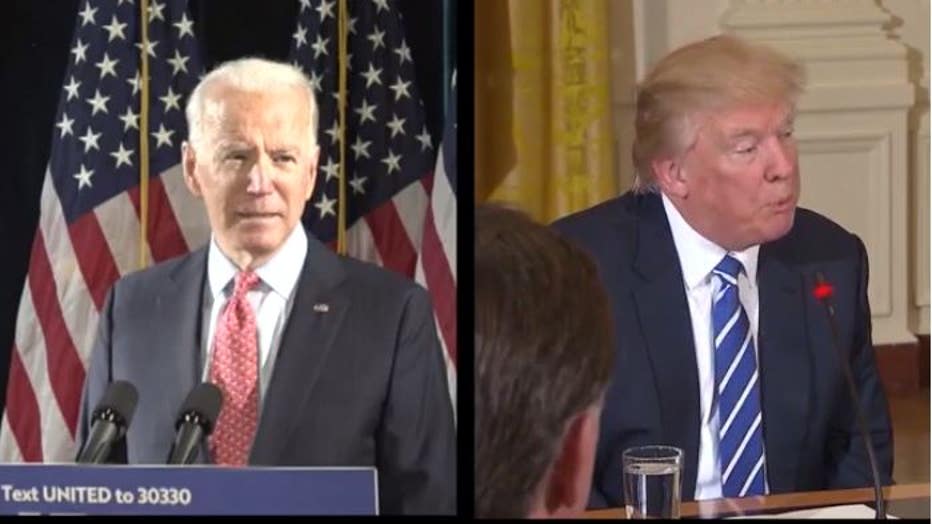