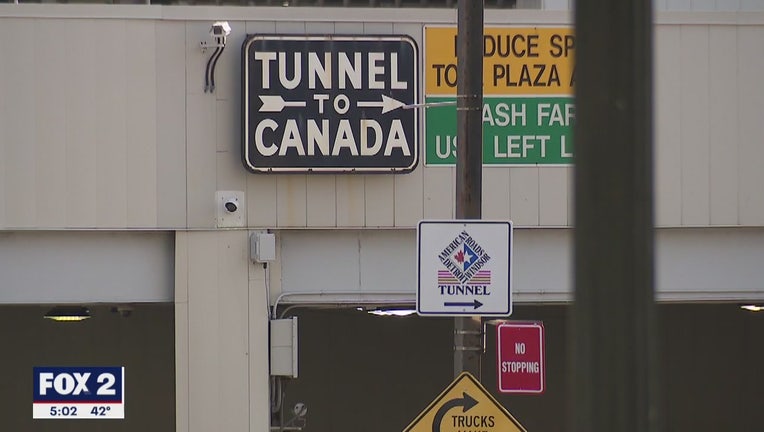 DETROIT - The Canadian government has rejected a creative plan to have Ontario residents line up inside a U.S. border tunnel to tap into a surplus of COVID-19 vaccine held by Michigan, a mayor said.

A white stripe was painted inside the Detroit-Windsor Tunnel in the Detroit River. Windsor Mayor Drew Dilkens proposed that Canadians would stand along the border while health care workers jab them.

"We’re not trying to send a man to the moon here. We’re using the infrastructure to accomplish a shared goal," Dilkens told the Detroit Free Press. "This is a sensible, reasonable alternative to vaccines heading to the landfill."

Motor vehicle travel between the countries is prohibited during the pandemic except for commercial truck traffic and workers deemed essential. Dilkens said partnering with Michigan, which has a vaccine surplus, would reduce the waiting time for Canadians who need a second shot.

But the Canada Border Services Agency told Dilkens that the tunnel clinic could disrupt travel and carry "significant security implications."

Separately, Public Health Agency of Canada warned there could be trouble if the person giving the shot reached across the tunnel’s white line into Canada.

"A vaccine cannot be imported into Canadian space without the express consent of Health Canada," said Kathy Thompson, executive vice president at the agency.

More than 500,000 vaccine doses held by Michigan are set to expire by early August, said Lynn Sutfin, spokeswoman at the state health department.

"It’s dead," Dilkens said of his plan. "Our government will not let this happen."