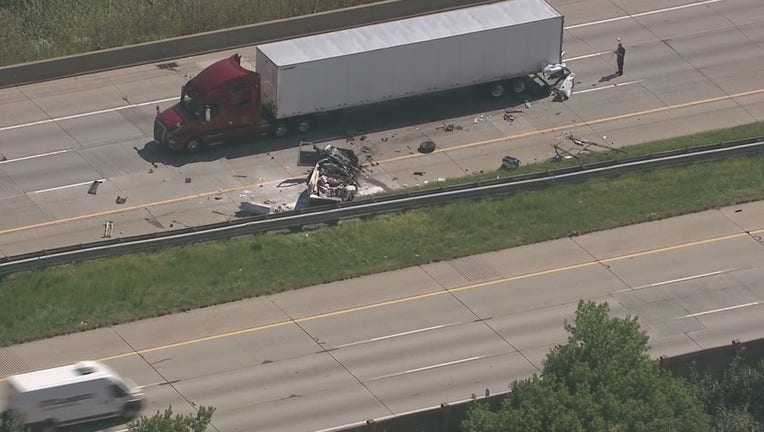 Michigan State Police said a car went underneath a semi during a chain-reaction crash on I-75 in Taylor and at least one person was trapped after a third car crashed into them.

According to police, they were called to the first crash on northbound I-75 at Eureka Road in Taylor around 1 p.m. Friday involving a car and a semi. Nobody was hurt in the first crash.

MSP said one person is trapped but alert. It's not known which vehicle that person is in.

Unrelated to the chain-reaction crashes, MSP said a canine unit was in the area searching for a domestic suspect armed with a knife near I-75 and Allen Road.

Police said to expect investigators in the area for some time as they look into both scenes.

MSP said drivers should find a different route and expect northbound I-75 to be closed for several hours. 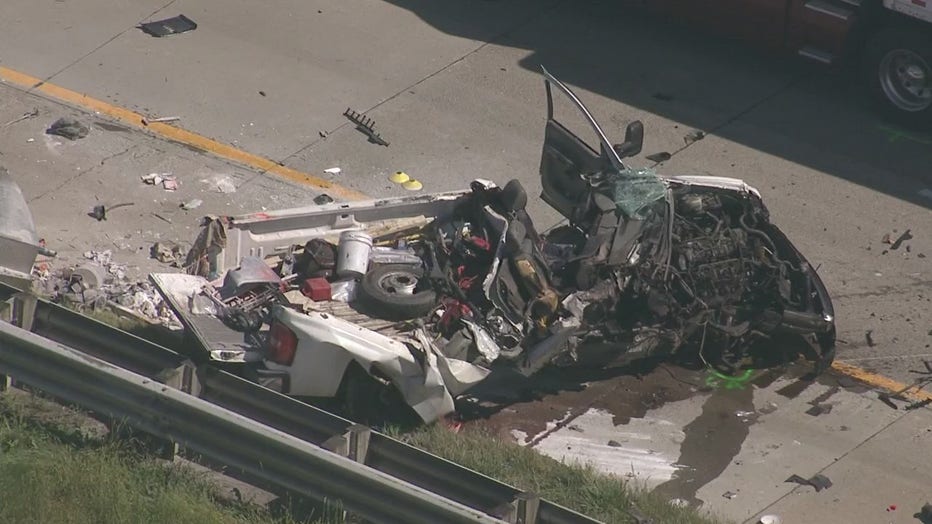