Carjacking incidents are up and so are false reports of them - which only hurt the real investigations, DPD Cmdr. Eric Decker says.

DETROIT (FOX 2) - Carjacking is up 42-percent in Detroit compared to this time last year.

"This is a serious offense, you can go to life in prison," said Cmdr. Eric Decker.  "We see those reports (where they say) ‘I was on the phone and the next thing I know there is a tap on the window and it's a bad guy with a gun saying get out of the car.’"

Decker says, so far 152 victims ranging from high-end sports cars to old jalopies that you wouldn’t think twice about taking.  He added that half the time, it’s kids doing it.

"Fifty percent of them are youthful, and it can be as simple to get a mode of transportation from the east side to the west side," Decker said.

Investigators with DPD are buried in these cases – on top of that, they’ve had to investigate – then rule out 22 additional false reports of carjacking.

"Most of the time it starts with an outlandish story - ‘I was driving down the street stopped at the intersection and someone robbed me,’" Decker said.

You mean, an outlandish story like this one: "He pointed the gun at me and that's the moment I try and leave and he's shooting in the ground," said one man who allegedly made a false report.

Tuesday this Hamtramck man sold us here at FOX 2 a sob story, about his car getting stolen at gunpoint on the city’s west side hours earlier while he was driving for Uber.

He even welled up with tears during the interview, talking about his hatred for the masked carjackers.

"They don't have any heart because they don't feel it. They are not human," he said.

Later on Tuesday – when we cross-referenced this case with Cmdr Decker, it turns out this guy had just admitted to investigators that he was lying about the carjacking – instead of saying he can’t find his car.

"It is a four-year felony to falsely report a carjacking," he said.

And now the once victim, becomes a suspect. Decker says these false reports are down, compared to last year, but even one – bogs down the process for real victims.

"We are wasting resources to prove something is false when we have legit victims and bad guys," he said.

Police say the best advice to be aware of your surroundings and stay off your phone when exiting or entering your car. Another rule of thumb is that the incidents are more likely at 24-hour stores and good advice is to park as close to the door as possible. 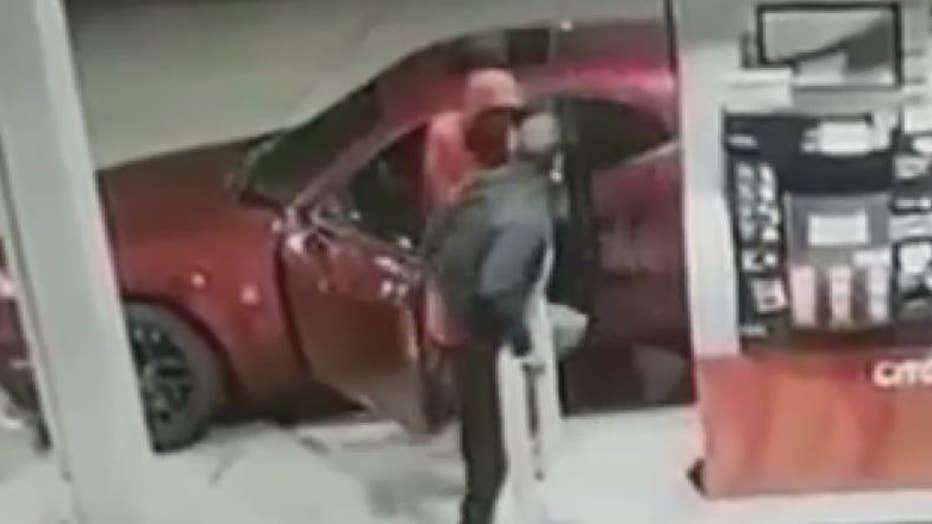 This is a security photo of an actual recent carjacking. But false reports are also happening.