DETROIT (FOX 2) - What does it mean to serve our country?

To each of the thousands of service members taking part in what's known as the Patriot Ruck each year in Detroit, it means something different. And sometimes that meaning changes over time.

‘If not me, somebody else’s kid’: First Lt. shares his Marine experience

We talk with Marine First Lt. Nick Hoeksema at the Detroit Patriot Ruck about his experience in the Marine Corps.

"I think back when I first made the decision or kind of realized this was something I wanted to do, it meant a sense of freedom or a chance to kind of prove myself," Marine First Lt. Nick Hoeksema said.

He cherishes events like the Patriot Ruck, which show just how much support there is for those who protect our freedom.

During the Detroit Ruck civilians from all over the state join their heroes in walking with heavy backpacks, or rucksacks. It's a way to say thank you to our military members for carrying the weight of our freedom. 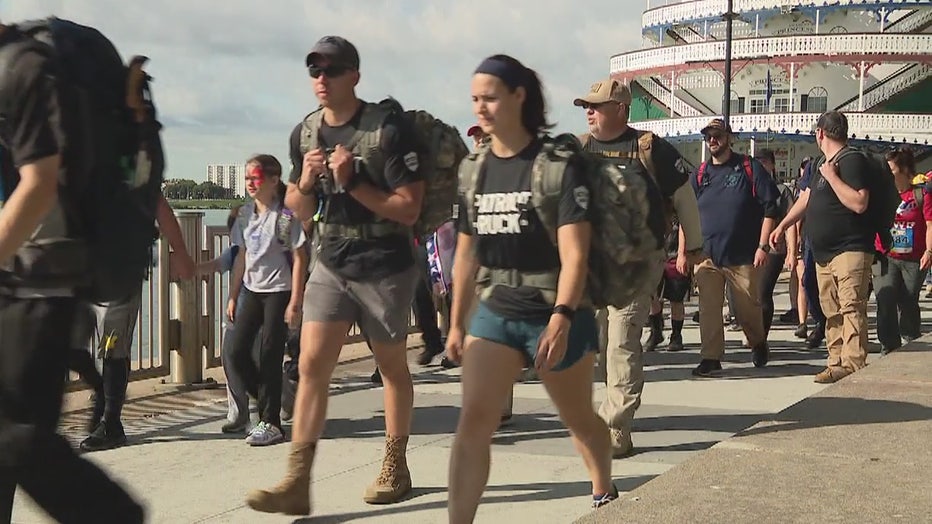 It's also a time for reflection.

"I was sitting in my dorm room in college and we were watching the news and it came across that Seal Team 6 had gotten Osama Bin Laden. And the next thing I know a Marine recruiter called and things just started falling into place, and now here I am seven years later," First Lt. Hoeksema said.

And he'll be the first to say those years haven't been easy. In fact, one of the hardest parts came at the beginning of his journey with the Marine Corps.

"I remember talking to my parents about it and no parent wants their kid to go and do something that's dangerous, inherently dangerous. But if not me then somebody else's kid, and I know I'm more comfortable knowing that I can fill that slot."

Ready and willing to fill that slot like so many brave men and women along with him, their love of our country never wavers.