(FOX 2) - Cass Community Social Services in Detroit is a nonprofit that's always looking for new ways to raise money to fight poverty - and their latest endeavor not only works against poverty, but also works for the planet and with the people.

It's moving-out day at an office building in Southfield and Cass Community Social Services has been hired to do the job.

Originally they were helping seniors who are downsizing get rid of what they no longer need but the COVID-19 pandemic has presented another need as well.

Cass's goal is to lift people out of poverty and clearly employment is key. And at a time when so many are losing their jobs, she's able to keep people working through this program while helping other people get rid of their stuff.

"We step in and we do all the grunt work and make things happen for them," said Mark Heath, a facility assistant.

"They call us and we'll come and clear it out and find ways to re-use the things so they are making a good positive thing in terms of the planet and providing employment for people at the same time," Rev. Fowler said.

It's a win for everyone.

Now back to the move in Southfield. All of this furniture will go back to their warehouse on Rosa Parks and it is being sold at a very good price, affording people who were formerly homeless and need to furnish their apartments the ability to do so. 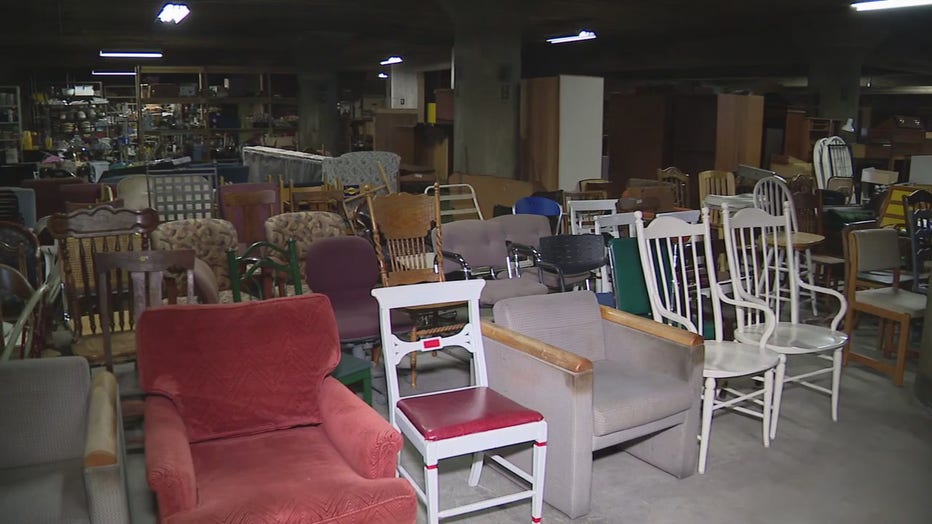 "This morning as I was pulling into work somebody was pulling out with a truckload of a pick-up truck full of furniture for his new apartment and it just tied it all together in such a wonderful way," Rev. Fowler said.

Plus Rev. Fowler says more people now are concerned about the environment and sustainability. They're trying to reduce, re-use, and re-cycle and re-purpose so the warehouse is a perfect place for them to shop 96,000 square feet of stuff.

"It's nice to be working together against poverty and for the planet with the people," she said.

You can get more information on hiring their moving crew or purchasing from their warehouse on their website.