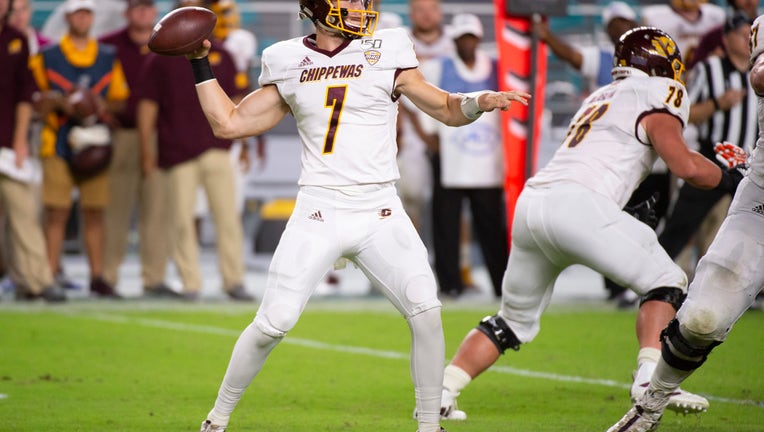 The Chippewas (8-4, 6-2), who won one game and were winless in the conference last season, will face MAC-East champion Miami (Ohio) in the conference championship on Dec. 7 at Ford Field in Detroit. It’s CMUs first trip to the title game since 2009.

Dormady lofted a 48-yard touchdown pass to Tyrone Scott on Central Michigan’s fourth play from scrimmage. The Chippewas scored on all five of their possessions in the first half and opened the second with a 10-play drive capped by Dormady’s 9-yard score to Tony Poljan. Dormady finished with 250 yards passing.

Lewis ran for 131 yards on 22 carries with scoring runs of 2 and 8 yards. Backup quarterback Tommy Lazzaro added a pair of touchdown runs and finished with 52 yards rushing for the Chippewas. Jonathan Ward added 88 yards on the ground and a 3-yard touchdown run.

Bryant Koback ran for an 8-yard touchdown in the second quarter for Toledo (6-6, 3-5), which closed the season with three straight losses.