The owners of Cheryl's care for their customers - something that was abundantly clear when we showed up. A little bit of food was four plates - including two pancakes that are larger than your face!

Aside from those huge pancakes, the cooks put together a chicken omelet with tons of veggies. But what really got to Josh was the cinnamon French toast.

As for those pancakes, we've watched the video over and over again and we STILL don't know how they flip them. They're enormous. Plain and simple. 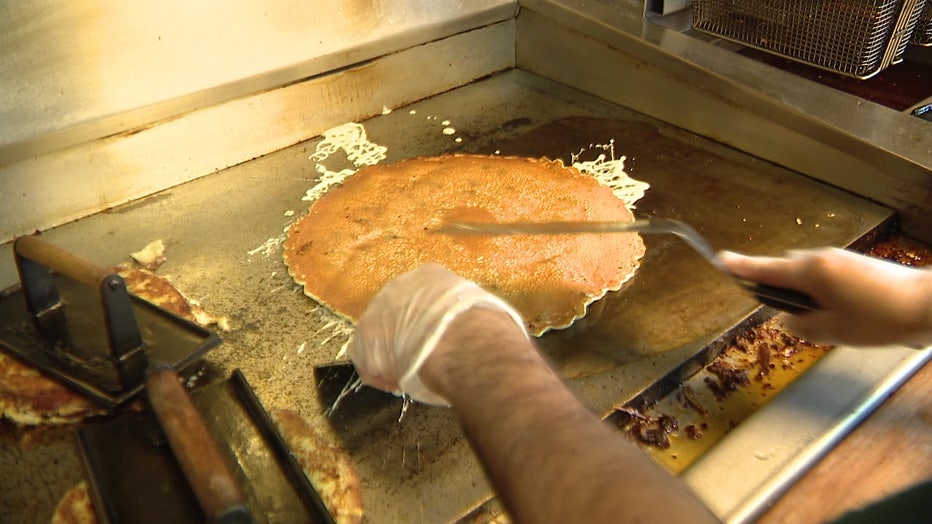 "That's what they like. We're known for big portions. No one leaves hungry out of Cheryl's," Rocky said.

But that's not the only reason people come to Cheryl's Place. The hashbrowns are a huge hit too.

"It's important to get them crispy. Soggy hashbrowns are the worst thing ever to happen to the world," said Carmen McAlister.

Along with the great portions of food, Cheryl's has a bit of history: they've been serving up food since the 1920s but the building itself has been a restaurant since 1887!

"It's always been a restaurant with a small gas station pump. I hear stories about it," Rocky said.

Great Noshing and a cool history. Cheryl's is open 7 days a week on South Old Highway 23 in Brighton. 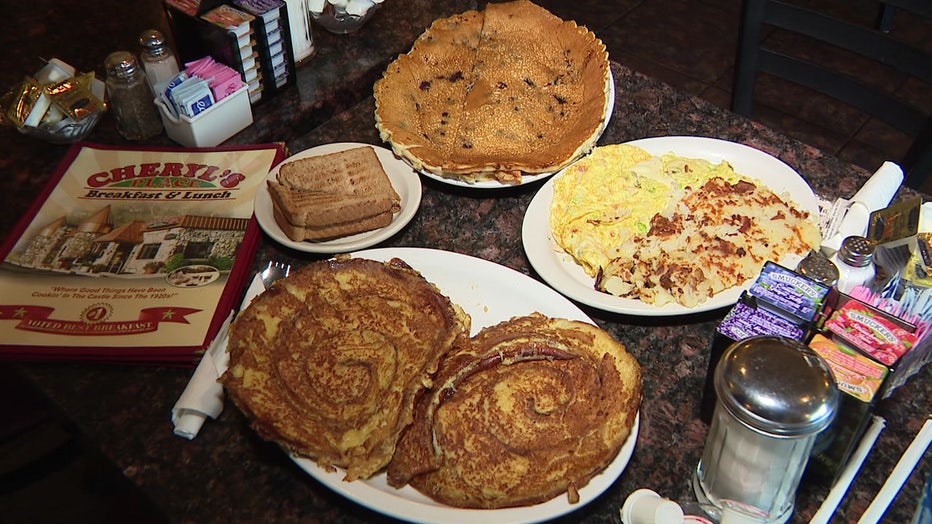