DETROIT (FOX 2) - Onyx the horse escaped Sunday and his escape led to a series of unfortunate events for a farm right in the city of Detroit.

Detroit police officers herded the rescue horse that got loose Sunday from his home at Detroit Farm and Cider, a farm a few blocks away, where he was found grazing on Detroit’s west side.  Disassemble

"He’s not an aggressive animal he’s gentle and kind not as aggressive as dogs you see in Detroit," said Leandra King, owner of Detroit Farm and Cider.

King says that Onyx is new to the farm – and slipped through a fence. His adventure put them on the radar of Detroit Animal Control.

"It’s a public safety issue - had that horse been hit by a vehicle, the person could have died, the horse would have died," said Lori Sowel.

"Or any animal held for purposes of food or other kinds of consumption," Sowle said.

"I don’t eat my horses, milk them, they don’t produce eggs, so they don’t fall under that category," said King.

King says there’s wiggle room in the ordinance, and that’s how she’s been able to operate, in plain site - for three years now with livestock. She has welcomed volunteers, visitors - even field trips.

"We have been working with the (Detroit Public Schools Community District) and other private groups for about a year and a half," she said.

She tells us – there’s no money in it.

"We donate to food pantries and give out produce boxes to people on assistance," King said.

But – above all, she says, it gives kids in this city a chance to see a real-life farm.

"I have faith in the city," King said. "They have worked with them in the past, that they realize this is important."

Leandra King says she’s meeting with city officials on Wednesday and she hopes that they can work something out so all the animals can stay home. 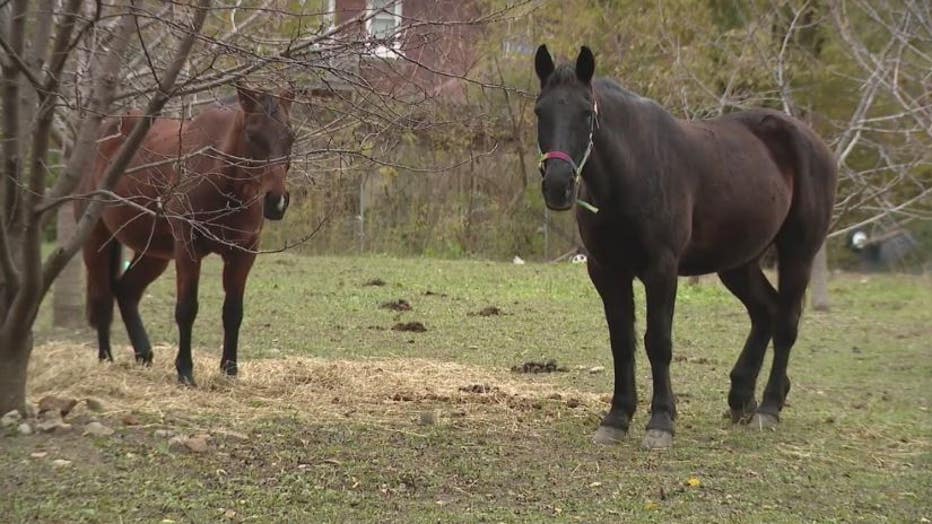