(FOX 2) - Detroit officials announced Monday they will not renew the 8 p.m. curfew and that over 400 people had been arrested during protests in the last 10 days.

Mayor Mike Duggan announced the city will not impose an 8 p.m. curfew amid demonstrations in Detroit.

"When the curfew expired this morning, I am not renewing it,” he said.

On Wednesday night, a protest was held outside of the Manoogian Mansion, the mayor’s official residence, asking him to get rid of the curfew after 127 protesters were arrested Tuesday night. Most of them for curfew violations - put in place in response to unruly demonstrations.

Detroit Police Chief James Craig said late Wednesday - as long as it remained peaceful, his officers would not enforce the curfew for the night, but it's still technically in place.

During Monday’s city press conference, Craig said the city had a weekend of peaceful protests and commended the professionalism of the men and women of the Detroit Police Department.

Craig said the last arrests were made on Tuesday. Between Friday, May 29 and Sunday, June 7, a total of 421 adults were arrested and three juveniles were detained -- 136 people were from Detroit (32%) and 275 from Metro Detroit (68%) and 10 from out of state, including New York, Ohio, D.C., Tennesee, California, and Massachusetts.

"I want to thank the protesters because they were committed to peace, they wanted peace. Our response was clear. We didn't enforce the curfew and it was important not to because we really felt and believed in the messaging," Craig said. 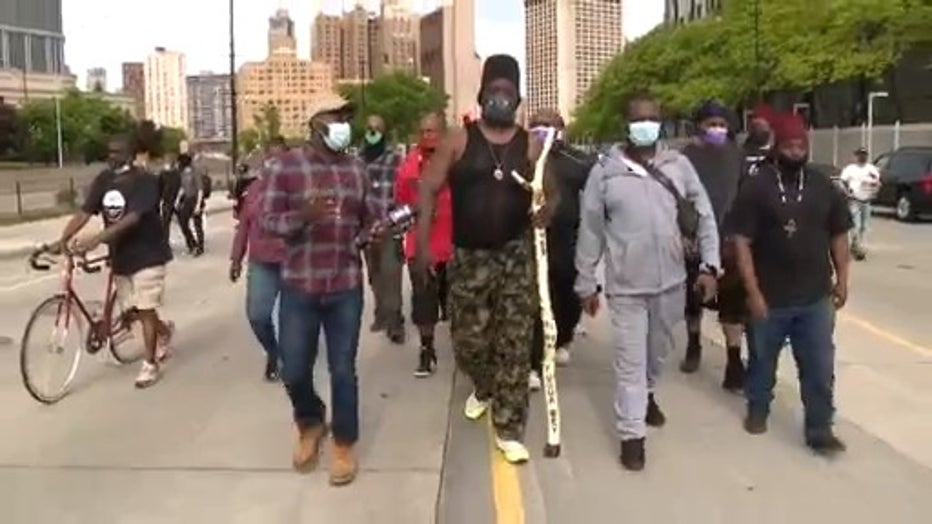 As things like bars and restaurants open this week, the mayor emphasized remembering safety measures. He said 1-2% of Detroit residents are testing positive for COVID-19 at the State Fairgrounds, meaning 1 out of 50 Detroiters have the virus.

Last week, Gov. Gretchen Whitmer announced several restrictions would be lifted this week in the Upper Peninsula and northern Lower Michigan as those two regions move into phase 5 of the MI Safe Start plan - 'containing'. The move will affect regions 6 and 8 as defined by the Michigan Economic Recovery Council (MERC), which includes the entire upper peninsula and the greater Traverse City region.

Since the first cases of COVID-19 were confirmed in Michigan in mid-March, schools have closed, the economy has come to a halt and the state's stay-home order was extended multiple times. Thousands have protested - and thousands have also died from the virus in the past three months.

This week marks reopenings throughout the state.

RELATED: How 2 Help - a resource for businesses that are still open and ways you can support them