DETROIT (FOX 2) - Before Civil Rights icon Rosa Parks sat down on the bus in Alabama, there was a battle over boats back in Parks' home city of Detroit but didn't involve her. It was a Civil Rights hero who took on the boats and now her abandoned home on the city's east side is getting national attention.

Almost 80 years ago, Sarah E. Ray took a stand after being turned away on a Boblo Boat to the island. She continued to be a civil rights activist in Detroit but her home, and her life, are in danger of being lost.

Lizz Haskell and her husband, Rafael, launched Action House on the city's east side more than 50 years ago. TV 2 was there in 1969 when the non-profit welcomed families, including children for all kinds of programs, with a goal of peace and racial tolerance following the 1967 rebellion.

Jesse Williams and his siblings were part of Action House and said Haskell set them up for success.

"She had a school, sewing class, music class, reading - things of that nature. We had everything that a kid could have, to learn from and build from. We learned from her," he said.

Action House has since been torn down but Lizz's home, right next door, remains. Since her death in 2006 though, the abandoned home has become a dumping ground for old tires and is in desperate need of restoration and preservation.

Aside from the building, it's the content inside that is important. They tell the story of Lizz and Action House, but also of Lizz's Civil Rights work earlier in life.

"I heard about Lizz and at one point I got to meet her. I had no idea, no idea it was because of her I could actually go to Boblo as a kid," said community activist Angela Wilson.

Boblo Island, the famed amusement park on an island in the Detroit River - was accessible only by Boblo Boats. But not for everyone.

Lizz Haskell was also known as Sarah Elizabeth Ray and was interviewed shortly before her death about when she was kicked off of Boblo Boat in 1945 because she was Black. 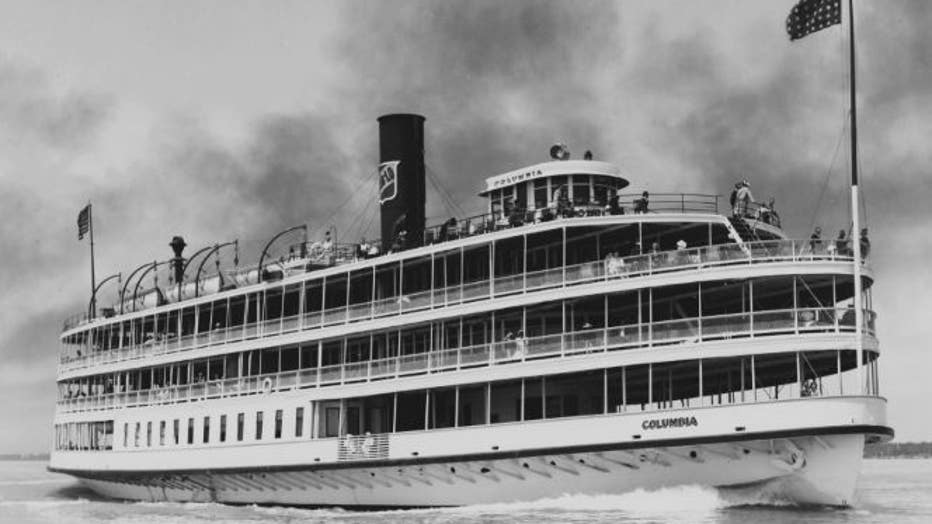 "The ticket taker was taking tickets and taking tickets and when he took the ticket from my hand. He saw the color and he looked up - and then he didn't say anything," she said. "Two men - they were dressed in white coats came and they headed directly for me - and they came up and said 'you will have to leave the boat'. I asked why? They told me that they didn't allow - I think they called us negroes in those days - on the boat."

She was 24 and was with her white classmates from secretarial school that day. She was furious and contacted the NAACP and, together with Thurgood Marshall, went to court and won. The boat owners appealed all the way to the Supreme Court, where Sarah Ray won again.

Thurgood Marshall would go on to win Brown vs. Board of Education and end segregation in schools. He also became a justice on the Supreme Court. Meanwhile, Sarah Elizabeth Ray would marry and become Lizz Haskell the community activist. 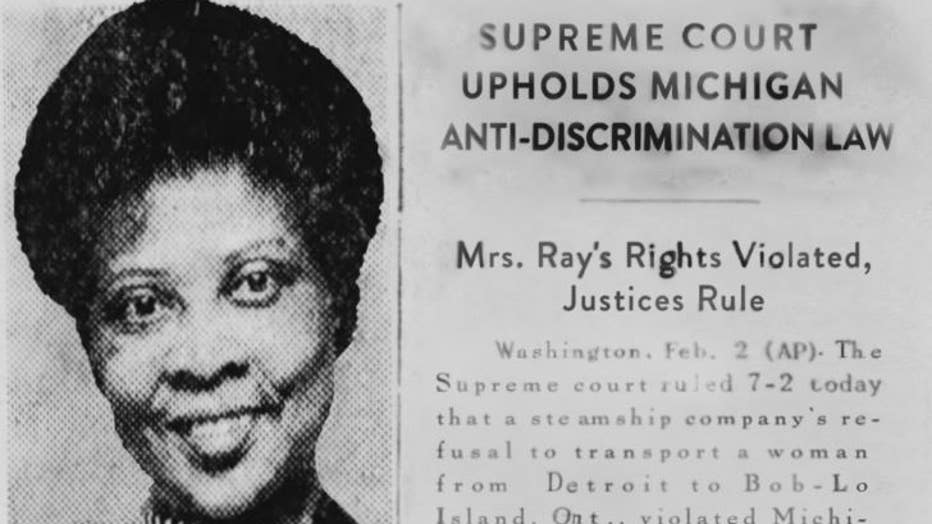 In the 1970s, she rallied against a blighted home in her neighborhood - which brings us back to today, where her former home has become blighted and abandoned.

But there's national attention on her home and an effort to save it.

"The National Trust for Historic Preservation has selected Sarah's house, which is on the east side of Detroit, as one of America's 11 most endangered historic sites," said Desiree Cooper.

Cooper, a former Detroit Free Press reporter who interviewed Sarah Ray before her death, is committed to keeping her legacy alive. She and filmmaker Aaron Schillinger are already producing a short film in stop animation but are now expanding it to save the home and her story. 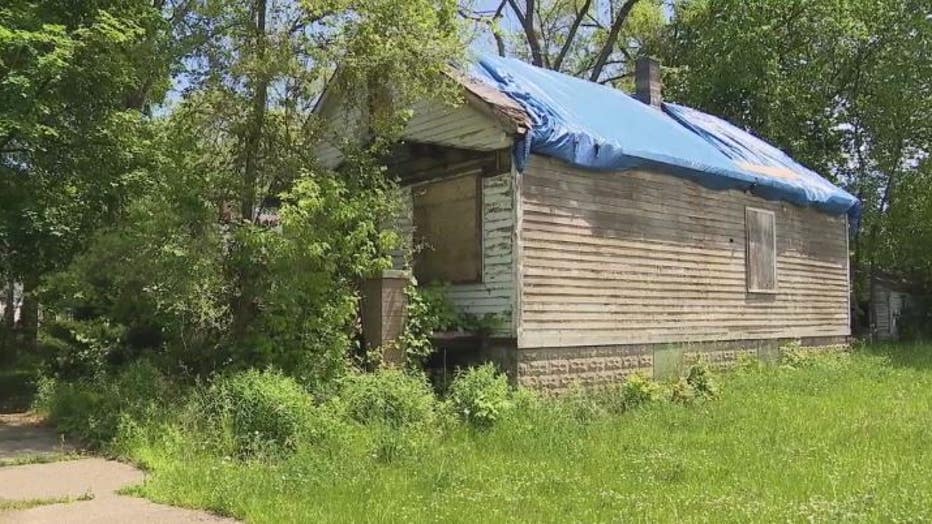 The home of the late Lizz Haskell has stood vacant since 2006.

Not only that, they allows Schillinger to go inside the home that's a time capsule.

"(There were) documents on the floor, a dresser with documents pouring out, and pictures. Sure enough, Sarah Elizabeth Ray's handwriting is on some of these letters and documents and my mind was just blown. I was like - this is our story right here like. Who knows what we might find if we can actually go through all of these things," Schillinger said.

The Sarah E. Ray Project to tell the story of the remarkable woman has also turned into a preservation project. Cooper and Schillinger are looking for people who know about this, and folks who were children of Action House, or contemporaries of Lizz Haskell to come forward. 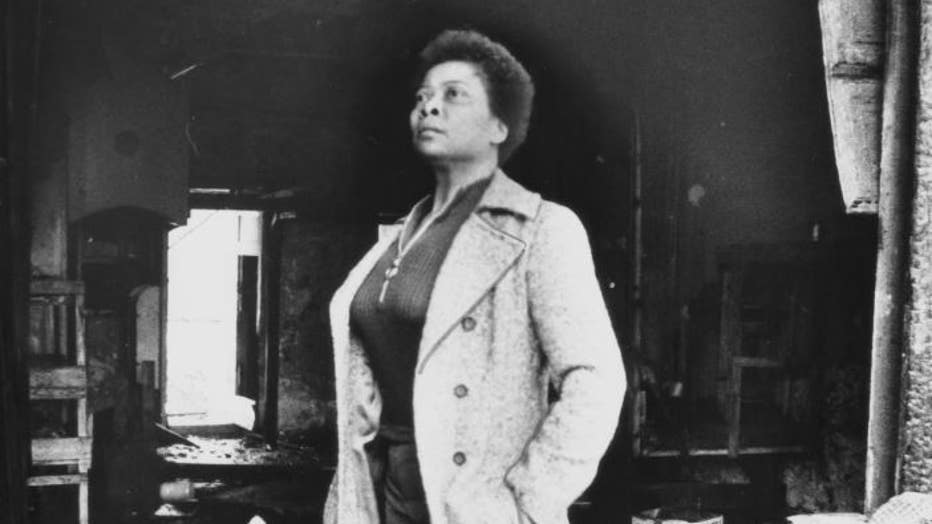 "I feel like Sarah Elizabeth Ray is getting some recognition but it's also a call to action because it's endangered. We need help to save this house and also the materials that are inside," Schillinger said.

If you want to help, go to saraherayproject.com to share your story, sign a petition to save the house, or to donate.