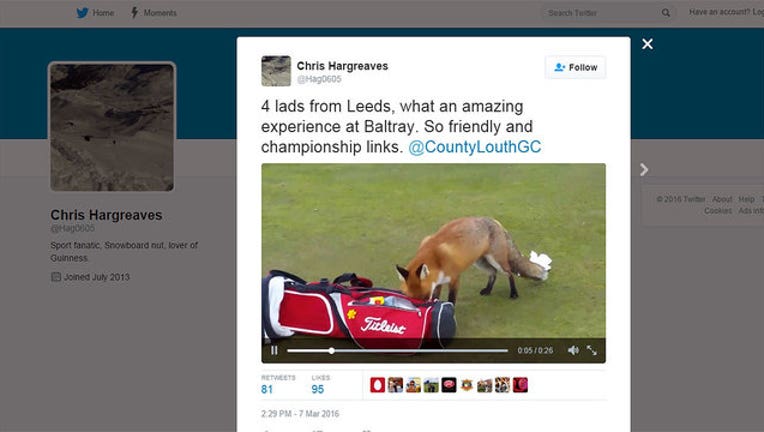 LOUTH, Ireland (WOFL FOX 35) - This was one truly sly fox.  Perhaps it was scrounging for food, or maybe it was just in need of some dough. Either way, it appeared too close for comfort in video posted to Twitter by one of four men playing a round at County Louth Golf Club, or Baltray as it's known, in Louth, Ireland.

"That's me wallet," one of the men is heard shouting, as the fox digs through a golf bag and darts off with the billfold clamped between its teeth.  The fox dropped the wallet as it was being chased away.   Scroll down to view the video posted by Chris Hargreaves: