Coast Guard offloads over 11,000 pounds of narcotics in South Florida

Crewmembers aboard the Coast Guard Cutter Escanaba worked together to offload 3,250 pounds of cocaine, 440 pounds of liquid cocaine, and 7,700 pounds of marijuana at Port Everglades in Fort Lauderdale on Friday. 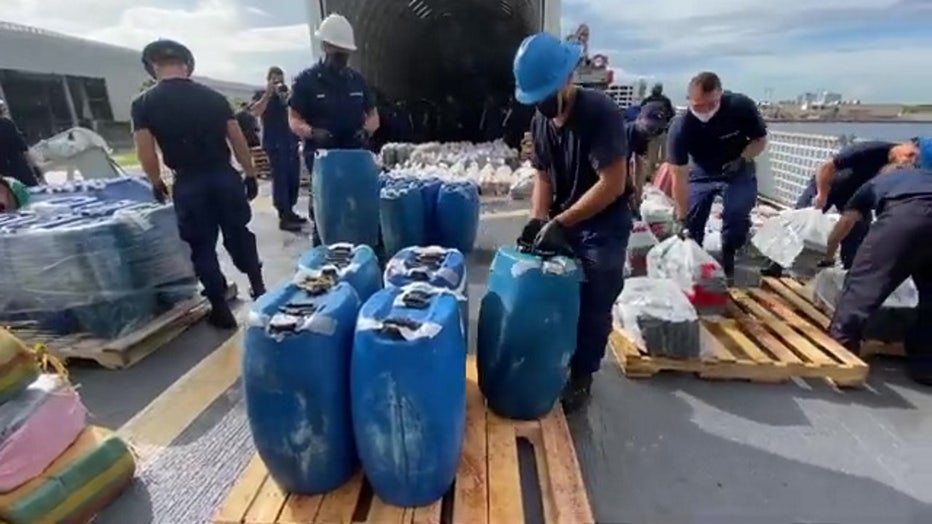 The Coast Guard interdicted five vessels and detained 15 suspected narcotics traffickers as they attempted to smuggle the illegal drugs with an estimated street value of $85.9 million.

RELATED: Vanessa Guillen's death was 'in line of duty,' family entitled to benefits

The operation was part of a presidential initiative designed to disrupt transnational criminal organizations in Central and South America, the Coast Guard said. 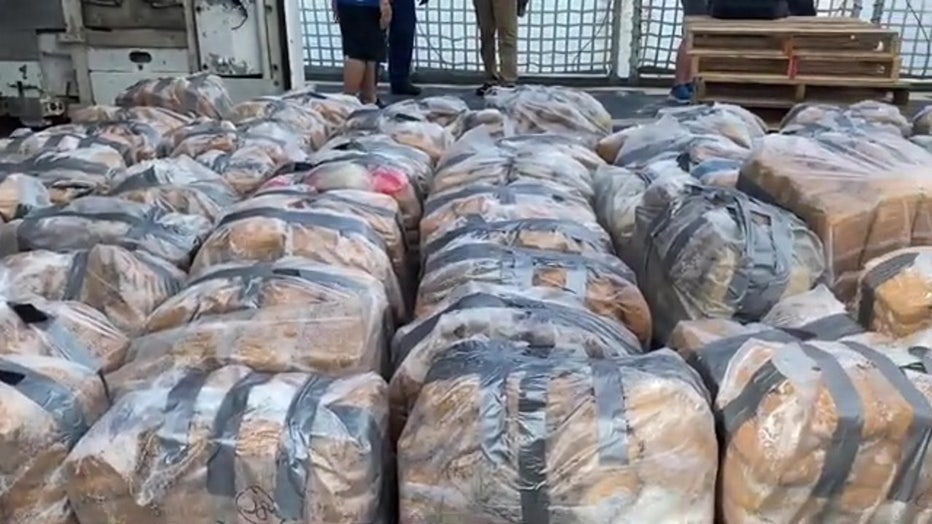 "The fight against drug cartels in the Eastern Pacific Ocean requires unity of effort in all phases from detection, monitoring and interdictions, to criminal prosecutions by international partners and U.S. Attorneys’ Offices in districts across the nation," read a statement from the Coast Guard.