PLYMOUTH TWP., Mich. (FOX 2) - "One day someone posted on social media that they are dropping the kid off at a coder school in Atlanta and we thought what is this? We were really intrigued," said Raj Patel. "We never thought about it because we don't have anything in Michigan."

And that's the spark behind a new school that opened up in Plymouth, which teaches kids to code. From age 7 to 18, young metro Detroiters now have a place where they can learn how, setting them up for success in almost any industry.

The couple brought the coder school to this shopping plaza on Ann Arbor Road in January. So far thirty students have enrolled.

"Think about in the hospitals, all that equipment, everything there's a program running behind it. You look in the manufacturing plants, we live in Detroit, the assembly line. There's a program behind it," Patel said.

Computer coding schools line shopping plazas in California. Raj Patel and his wife bought into the franchise, bringing the first of its kind school to Michigan.

"She's the backbone of all this operation to be honest," he said.

The backbone is his wife, Krupa Patel. The couple brought the coder school to this shopping plaza on Ann Arbor Road in January.  So far 30 students have enrolled.

"The parents are excited because they say oh wow this is a two on one, customize curriculum," she said. "We were kind of nervous that parents would say what is the curriculum? Step one through 100, how do I know that they are doing well? How do I measure it? But instead they're excited saying, this is creativity." 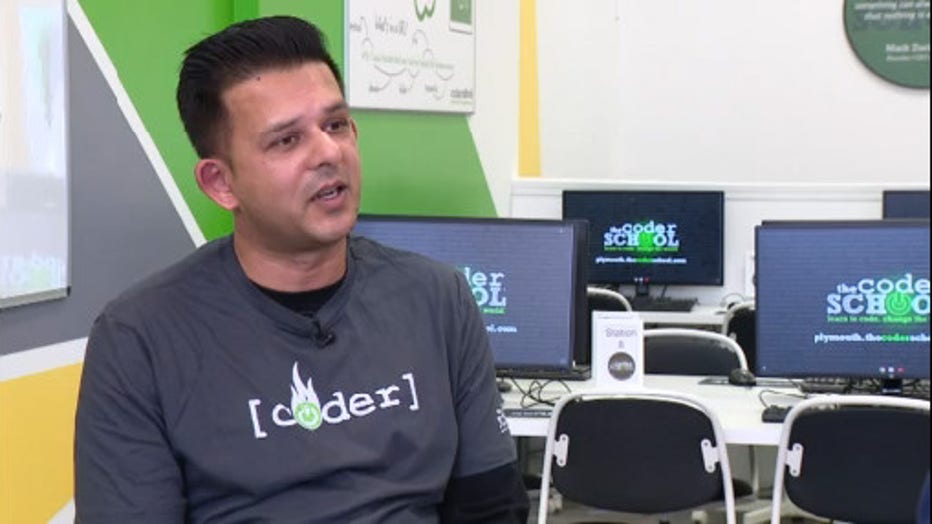 There are close to 40 of these schools in the country.  It's $250 a month for a weekly class.  An investment, the Patels say is worth it. They remind everyone that coding is more than just about the computer skills.

"The basic skills are logical thinking, critical thinking, I want to get to point B and that translates into all occupational areas. It doesn't matter if it's technology-based or not," Krupa said. "Even if they're not creating anything, they're going to translate into I'm going to use this skill set."

"We are a big technology hub," said Raj. "And we can strive to be a lot more if we get generations to start coding here."

>>For more information, go to https://www.thecoderschool.com/locations/plymouth/ 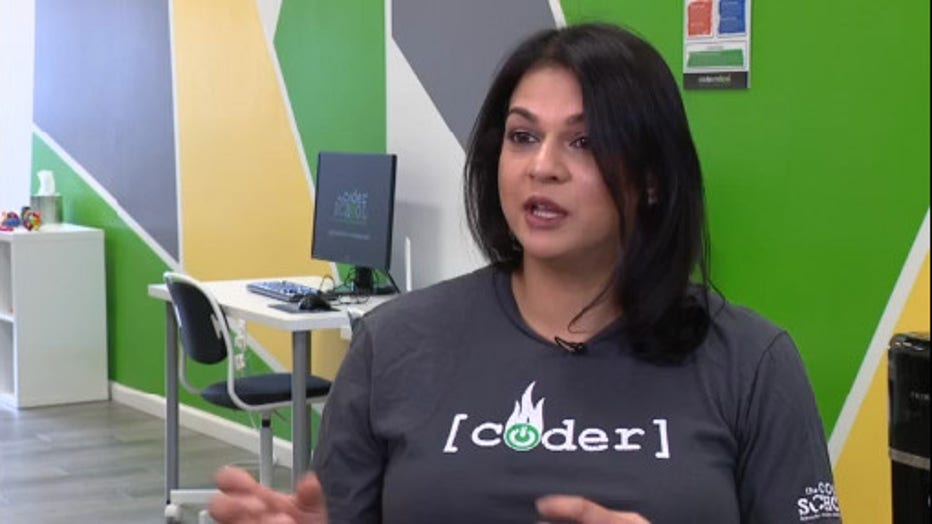