He says he was driving up Grandville near Joy Road on his way to perform at a comedy show, when he was struck by another driver.

FOX 2 - Robert Spearman can normally find humor in anything, but what landed him in the ER is no laughing matter.

"I’m lucky. I’m blessed," said Spearman. "But friends of mine have lost daughters, sons, all because of people driving crazy out here. They're not driving crazy across Eight Mile. They’re driving crazy in the hood."

It was straight talk from Spearman, a comedian, actor, and longtime Detroit WJLB radio host better known as Foolish, who was seriously injured in a car crash on Detroit’s west side last Wednesday.

He says he was driving up Grandville near Joy Road on his way to perform at a comedy show, when he was struck by another driver.

"A guy blows the yield sign going 60 or more and hits my Charger. spins me around and leaves me for dead," he said.

Spearman says he tried to trail the driver to get his plate number as he raced to M-39 and sped down the Southfield freeway, but his heavily damaged vehicle could not keep up.

"So when I pulled over, my whole right side was paralyzed," he said. "I couldn’t even do nothing."

Spearman says Michigan State Troopers found him on the shoulder of the freeway and got him an ambulance which rushed him to the hospital.

"So I had a spinal cord operation which released a lot of the tension that was going on, on the right side of my body, to where I could walk again," he said.

Detroit police and state troopers have been trying to get a handle on the reckless driving situation in Detroit neighborhoods and freeways.

Spearman says the crash forced him to cancel shows as he works to get on the road to recovery.

While his many fans in Detroit and across the country have offered their prayers and words of encouragement, he’s pleading with them to speak up about the reckless driving problem.

"When you talk about car accidents that you can prevent, it’s the most ignorant thing I see out there on the street," he said. "I just want people to wake up, and stop acting like this is regular. This isn't regular." 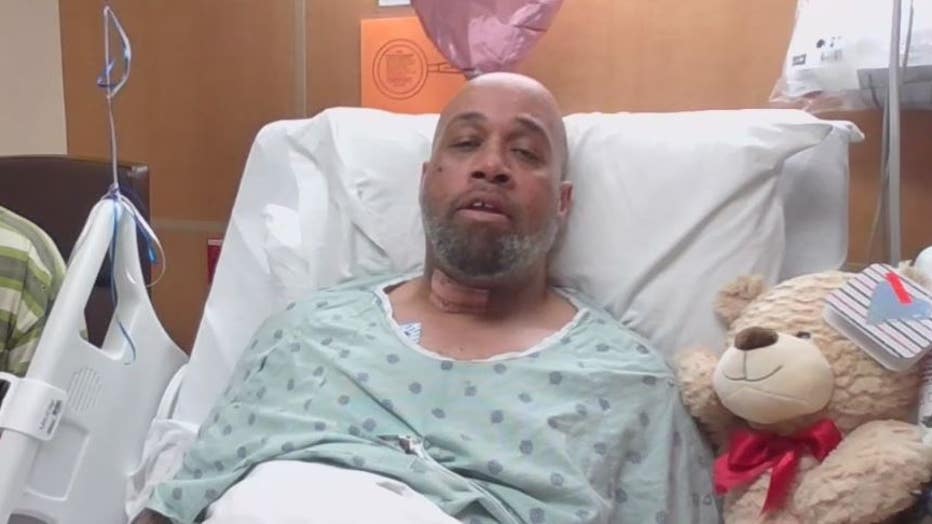 Police are looking for the suspect's vehicle, a newer model white Jeep Grand Cherokee with front-end damage. He wants repair shops to be on the lookout for it.

Foolish will be in the hospital a few more weeks, then he’ll be back on the stage performing.

Spearman is recovering at Beaumont Hospital where he says doctors and nurses are taking exceptional care of him.