DETROIT (FOX 2) - Detroit police say they've identified the contractor behind the mysterious demolition of State Rep. Sherry Gay-Dagnogo's house, and that they're moving forward with a criminal complaint.

Gay-Dagnogo told the media on Sept. 30 that her house in the 14500 block of Minnock had been demolished without her knowing, and that she herself didn't learn about it until about a week later.

A Detroit lawmaker is frustrated with the Detroit Police amid reports a property she owned was mysteriously demolished. As police ready a warrant for the owner of a Detroit trucking company that demolished the home, Chief James Craig said the investigation took too long and could have been quick if Rep. Sherry Gay-Dagnogo had divulged information that she had people bidding on the property. Dagnogo said she did.

Craig says they learned of Gipson's alleged involvement in the demolition thanks to a prescription bottle that was left of dropped on the property bearing his name, along with surveillance footage from a nearby Green Light station that showed the vehicle.

However, Craig says the investigation would've gone much quicker had Gay-Dagnogo told police a crucial piece of evidence - that she had previously solicited bids for demolition of this property.

He says that knowledge would've led investigators to the perpetrator much sooner, though Craig insists the house was still taken down without permission and that Gay-Dagnogo didn't know about it.

When asked why she didn't reveal her solicitation for bids earlier in the investigation, Gay-Dagnogo told police she simply didn't think it was relevant to the investigation. She said she had reached out to get quotes for either repairing or demoing the home, which she planned to gift to a needy family.

The house demo bids from New Start Construction then trickled down through subcontractors to Gipson Brothers Trucking, who Craig says eventually took down the house without permission. 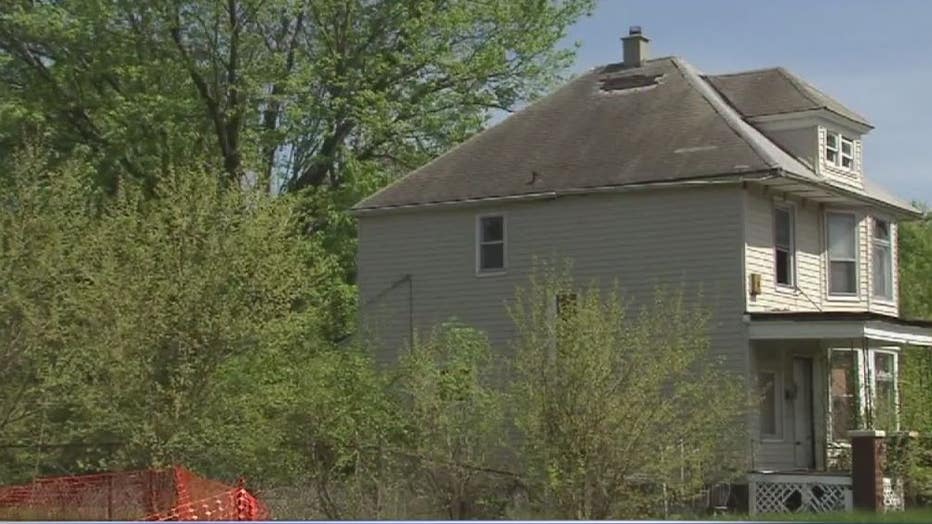 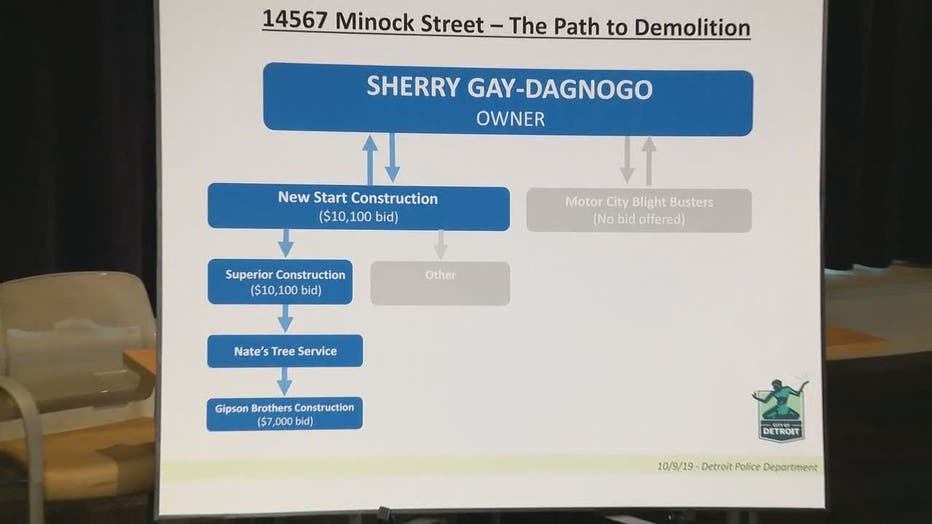 The why, though, in all of this still isn't clear.

"I can't speculate what was in the contractor's mind when he decided to take it down without permission," Craig said, "but we're clear in that the state representative didn't give the direction and that she didn't know."

Craig said Gipson also didn't pull any permits or consult with the Michigan Department of Environmental Quality before the demolition.

Gipson currently is not facing charges and is not in custody, as the police department works to submit the warrant to the prosecutor's office.