Hundreds lined up to be the first to enter Cookies on Eight Mile near Mound Road. Some had even slept outside for nearly 24 hours beforehand.

Charlie Langton takes us to the grand opening of Cookies, a California-based medical marijuana dispensary opening its first shop in Detroit.

The store is based out of San Francisco and was founded by rapper Berner and his partner, Jigga. The store's brand has become known for its top-tier genetics and its love for music.

"I actually care about the patients, I care about the plant more than anything," Berner told us Friday during the shop's grand opening. "I connect with people through my music and just really take this all in as a blessing. I think a lot of people just look at the money side of things, but this is unifying people all around the world. It's promoting peace and it's something we can all bond over." 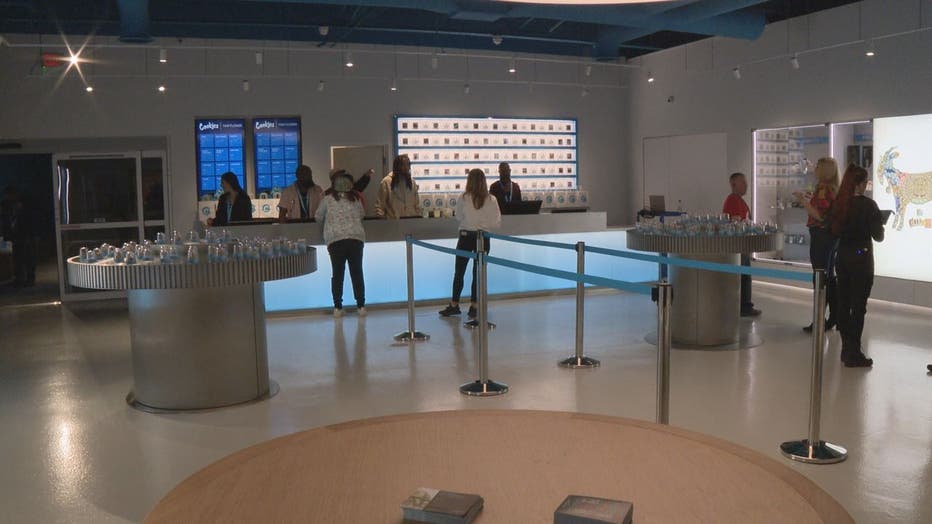 The Detroit shop is going to carry strains the company has become known for. Gage Cannabis Company, Cookies' exclusive Michigan partner, is responsible for Cookies store cultivation and operation.

Berner has six stores in California and this one in Detroit is his seventh. He's confident the store will bring a lot of customers to the area.

Hundreds of people waited in line - some overnight - for the grand opening. Some even came in from Ohio.

Voters in Michigan legalized recreational marijuana in 2018, but very few municipalities have gone through the steps of setting rules and regulations to allow sales. Detroit City Council recently delayed again sales in the City until at least March 31. Councilman James Tate told us the delay will ensure Detroiters have a chance to get in on the jobs and business opportunities.

You can get more information about Cookies online at cookiesmich.com.