(FOX 2) - Seasons 52, a fresh grill and wine bar, is launching a new autumn-inspired three-course menu just in time for fall.

The entrees will be prepared using oak-fire grilling and brick oven-roasting to be naturally lighter and under 595 calories.

Executive Chef Partner Elizabeth Cericola shows us how to make one of the new entrees on their fall menu.

Executive Chef Partner Elizabeth Cericola joined us on The Nine to tell us more about the entrees, and to show us how to make their Kona-Crusted Prime Sirloin. You can get the recipe below.

Brandy Cream Sauce Procedure:
In a saucepan, whisk the half and half, heavy cream, roasted garlic, thyme, parmesan, salt, Dijon mustard and Brandy to combine.
Bring to a simmer over medium heat just long enough for the sauce to thicken.

Steak Procedure:
Generously season the sirloins with Kosher salt and Kona rub on both sides.
Place seasoned sirloin on clean, hot grill. Cook to desired doneness, flipping and rotating periodically to prevent the rub from charring.
Remove steak from grill and let rest for two minutes.
Plate Brussels sprouts, pearl onions and mushrooms on a serving plate, then place the steak on top.
Pour brandy cream sauce over and around the vegetables and serve. 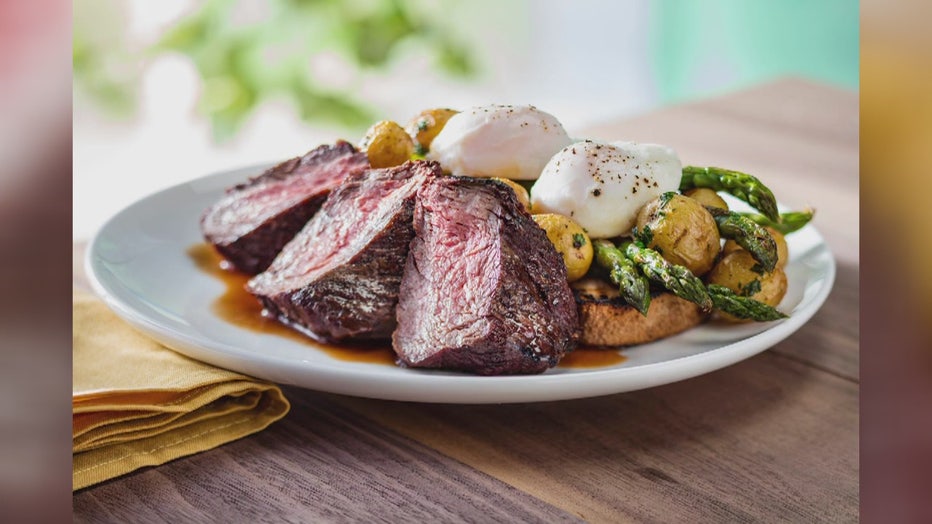