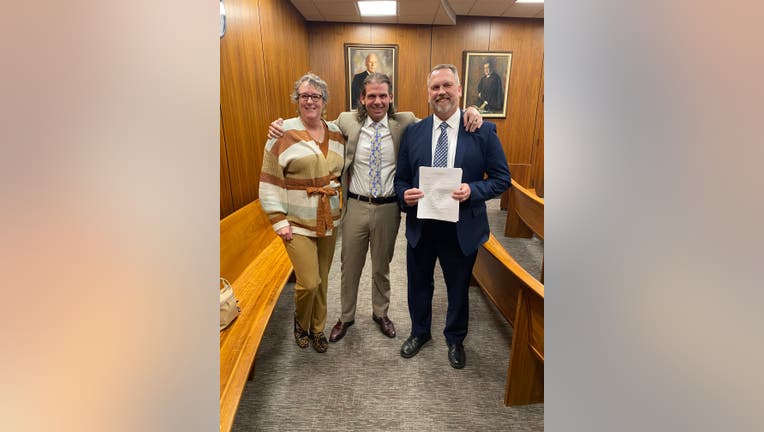 WASHINGTON TWP, Mich- - A 16th Circuit Court in Macomb County awarded Darin Rushing over $1.2 million on Tuesday, in a case against the Michigan Department of Corrections (MDOC).

Rushing, a correctional officer at the Macomb Prison, responded to a prisoner attacking people. He went over to help, as it is his job to do so, but ended up being attacked by the violent prisoner who also had a history of psychotic episodes.

This was an attack that happened in 2011 and left Rushing with a fractured leg and ankle that was so badly broken, that it required four surgeries, a metal rod put into his leg, and seven screws. No other officers were injured during this attack.

According to Rushing's attorney Jon Marko, Rushing developed severe post-traumatic stress disorder after the attack. Additionally, the doctors told him he would be crippled. He spent the next year in a wheelchair but went back to work a year later.

Marko, who is a civil rights attorney, said it was a just verdict, and that Judge Edward Servitto recognized the heinous discrimination Rushing faced by what he felt was a corrupt and morally bankrupt organization.

According to Marko, when Rushing went back to work, he told his boss he would do whatever work he needed to do, with the one request of being kept away from the prisoner who attacked him. That boss told him it would not be a problem. That lasted for two years.

"And in 2015, a new boss came in and said, 'I don't care about your post-traumatic stress disorder, I don't care about your disability, you're going to have to go around that prisoner,' and he had a mental breakdown, and they disciplined him for not going around that prisoner saying he violated an order, and they started harassing him at work, setting him up, making fun of his disability, and just discriminating against him," described Marko.

According to Marko, this prisoner had over 200 assaults on prison staff and had been criminally convicted for assaulting at least eight of them. Additionally, some staff members were also given restraining orders against him, even though he says Rushing suffered the most severe injuries, he believes it was all just to ‘mess with him.’

"I think that PTSD is not very understood. They used it to mock him, they would call him a faker, you know because it's a mental thing. You can see a metal rod, and you can see a broken leg and ankle, you can't see PTSD. And I just think they did not treat this medical mental health condition the way that it should have been. It's horrible what they did to this man."

Marko feels that Rushing was targeted by MDOC management, and that his career was ruined for asking to be kept away from the prisoner who attacked him. Rushing still works at the Macomb Prison but has been looking for other work, even after winning the lawsuit. Though according to Marko, it hasn't been going very well because each time the new employer calls his current employer, they are given negative information that makes them not want to hire Rushing.

"They lied, they made things up to prevent him from getting another job," said Marko.

For the lawsuit winnings, and the difficult job atmosphere, Marko says that Rushing still hasn't sorted all of that out yet.