FOX 2 - "I feel great and he's doing great and it's just a neat story he'll be able to tell," said Julie Dunn.

Starting with his name. Meet little Nolan Kent Rodgers. The all-too-eager baby boy from Brighton who could not wait to get to the hospital before making his grand entrance Sunday afternoon.

Couple deliver baby in car on way to the hospital

Meet little Nolan Kent Rodgers. The all-too eager baby boy from Brighton who could not wait to get to the hospital before making his grand entrance Sunday afternoon.

"We got pretty much halfway there and she was saying that she did not think she could make it all the way to the hospital," said Josh Rodgers.

"I could've made it. he wasn't going to make it," said Julie Dunn.

"By about the time I got the car turned off and got around the car, she was like 'It's happening right now,'" Josh said.

"It's 1:50 in the afternoon we get a call for a vehicle pulled off to the side of the freeway and they say it's a child delivery in progress," said Alan Hamilton.

Hamilton and Jonathan Ruszala of the Lyon Twp Fire Department responded to that call. Little Nolan had already arrived by the time they did, so they sprang into action providing post-birth care.

Ruszala even got to cut the umbilical cord and says the real heroes Sunday were Julie and Josh. 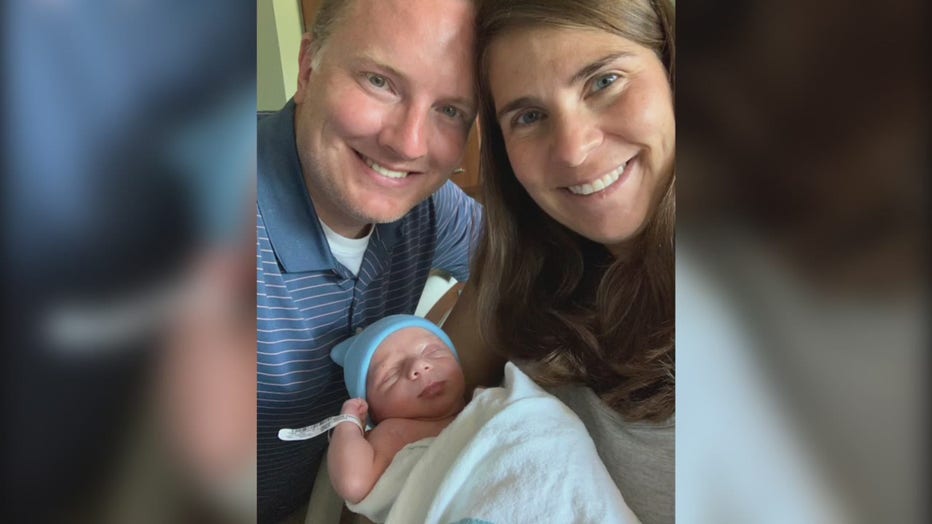 Josh Rodgers and Julie Dunn with their special delivery.

"The parents were maybe the most relaxed out of anyone on the scene," said Ruszala.

"Oh for sure. The mom was a champ," said Ruszala.

Josh admits it was all a bit nervewracking.

"I was kind of like in shock, kind of clueless about what was going on," Josh said. "And I'm like 'What do I need to do?' and she's like, 'Catch him. Don't let him hit the ground.'"

He did not.  Dad made the catch of a lifetime on the road his son is now named after.

"He was born on Kent Lake Road so we used the happenings of that day to help us get some guidance on how to name his middle name there," Josh said.

Quite the story and one fire department members Ruszala and Hamilton are happy they could be a part of. 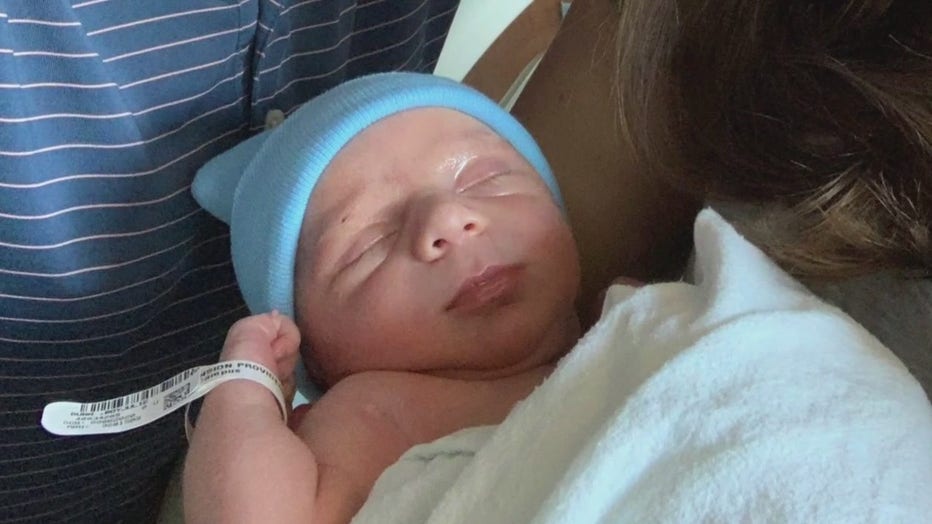