A DTE line crew arrived just before midnight to cut power to the line, allowing firefighters to put out the remaining flames. By then the garage and the cars inside, were a total loss.

SHELBY TWP., Mich. (FOX 2) - Not much is left of a family's garage that caught fire in Shelby Township that had a Jaguar and Corvette inside of it.

It’s the second time in two weeks in that community that a downed wire set a structure on fire before DTE Energy could cut power to it.

Thankfully no one was hurt in either case. The couple that lives there says it may not be so fortunate if this happens again.

"This could’ve been preventable. one hundred percent," said Sandy Lukas.

Lukas and Anthony Bianchini say they would still have their garage, cars, and thousands of dollars of belongings if DTE line crews got to their home sooner rather than hours later, on Wednesday.

It was then that a thunderstorm and strong winds blew a power line on their garage.

Bianchini tried calling DTE at 5 p.m. when it first came down-- but could not get through the automated prompts.

Shelby Township firefighters arrived and contacted DTE to get a crew out to cut the power. Hours later the line sparked, the garage smoldered and the fire started to spread.

By 8 p.m. the garage was engulfed in flames. The downed wire was still live and firefighters could do nothing.

"When there are live wires on buildings they can’t put water on it, because water is a conductor of electricity and at 30,000 volts it’ll kill you instantly," said Bianchini. 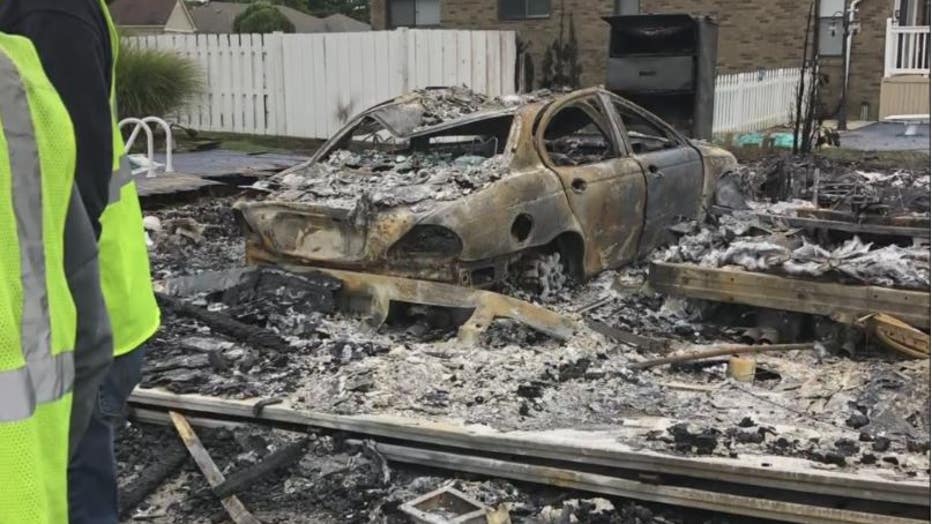 A DTE line crew arrived just before midnight to cut power to the line, allowing firefighters to put out the remaining flames.

"Taking over five to six hours (for DTE) to show up, and watching our belongings just burn to the ground was horrific," Lukas said.

And it’s not the first time it happened. FOX 2 introduced you to the Andersons, another Shelby Township couple, two weeks ago.

A downed wire destroyed their garage and damaged their home. Just like Wednesday, DTE crews did not get there in time to cut power to the wire before it sparked the blaze.

And just like Wednesday. the firefighters' hands were tied.

"They are out there, (DTE) and they do a phenomenal job and they’re out there as fast as they can, but unfortunately these storms prevented it from happening," said Fire Chief Frank Pierce. "There are only so many people."

Pierce says DTE crews were slammed with calls Wednesday, including those for downed lines on buildings. He says his firefighters did all they could until DTE linemen arrived.

"It’s terrible to stand there and watch people lose their garage," he said. "Standing there is not what we do."

DTE said it received more than 1,400 downed wire reports Wednesday evening into Thursday morning due to the severe thunderstorms and high winds that made their way across the state. 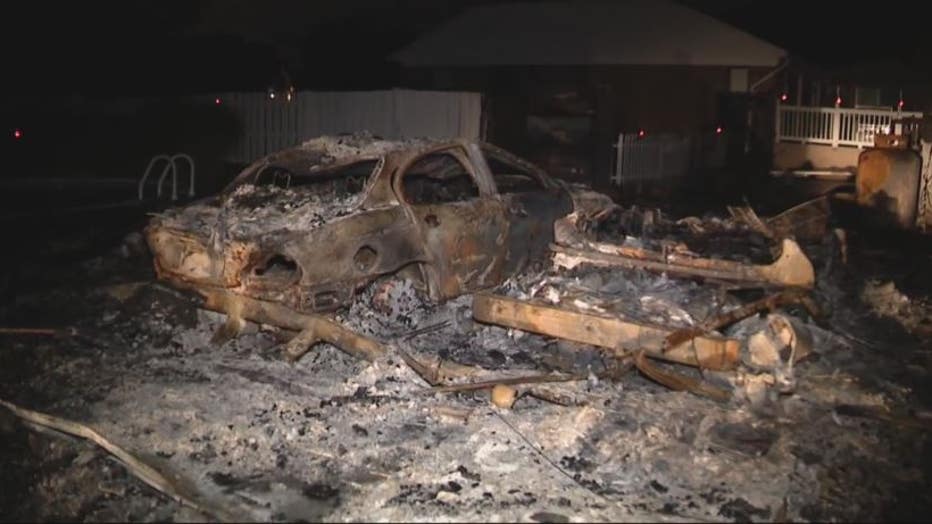 DTE released a statement saying, "In these situations, our field teams respond as quickly as possible with the assistance of local police and fire departments. As always, our top priority is the safety of our customers and our crews, and we’re working directly with the customer to investigate."