BERKLEY, Mich. (FOX 2) - A married couple charged with breaking into the Berkley Music Company did not exactly think it through.

You usually don't leave your license behind at a crime scene - and it helps to have a reliable getaway car.

Break-in suspects caught in an Uber with merchandise

"If you knew anything about instruments those would be the ones you grab not the broken bass at the back door with no strings or bridge on it, that is unplayable," said Dana Sauvey, the Music Company owner.

Alleged breaking and entering suspects Matthew and Chelsea Fegley mistakenly went for the broken bass - but also got away with about $2,000 in instruments.

"I would have given it to them if they would have asked," quipped Sauvey.

Sauvey says the couple cased the place in an Uber, then came back in another Uber on New Year's Eve - but this time with hammers.

"When I arrived the door was all smashed out," Sauvey said. "When they made the genius heist they ended up down the street with the alarm going off a couple blocks from Berkley police."

Lyft, another rideshare service, scooped them up - but the thieves made one critical error.

"I said to the police, 'Is that a driver's license on the ground?' And the cops said yep, so that was the first indication we weren't dealing with professionals," Sauvey said. 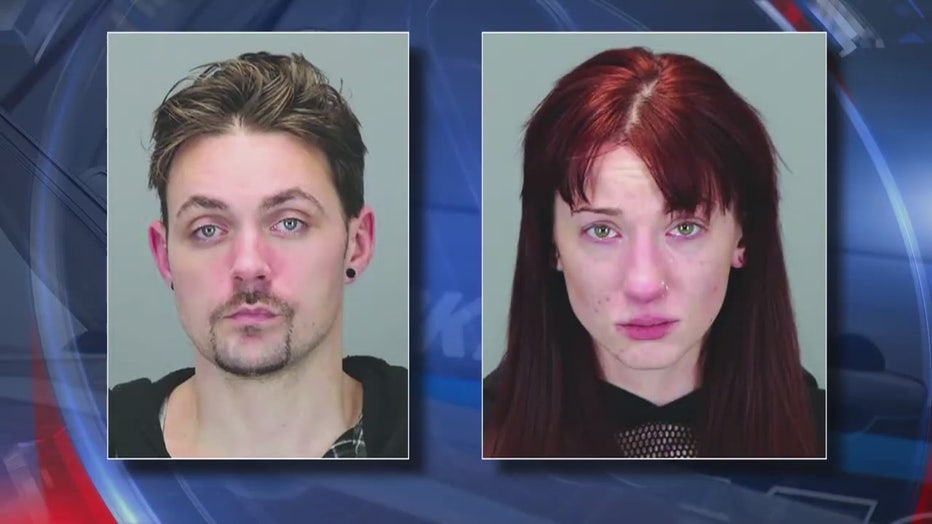 On top of that one, a cop actually watched them load up the guitars in the vehicle just minutes after a guitar shop was broken into three blocks away.

Sauvey says they got caught during their Lyft ride with hammers, the glass and other instruments. He did get his merchandise back.

"They probably spent more on the Uber than they would have gotten at the pawn shop," he said.

They did have to shell out some cash to fix that door.