Jeanna Norris claimed the vaccine requirement violated her right to privacy and because she has natural immunity or antibodies from having Covid - saying the vaccine was not medically necessary.

FOX 2 - Western Michigan soccer players who sued the university over its vaccine mandate, scored a big win in court - at least for now.

"This may be the first case around the country where the court has blocked a mandated vaccine for athletes," said attorney David Kallman. "We are very pleased with the decision, so we'll see where it goes from here."

Four athletes refused the COVID-19 vaccine based on religious reasons. Western Michigan University said that wasn't good enough, and if they didn't get vaccinated, the senior soccer players would be kicked off the team.

The women filed a lawsuit this week against Western Michigan, it's president and athletic director, claiming a violation of First Amendment rights and discrimination based on religion.

"A lot of people think it has to be some sort of approval from a church denomination or a pastor and that is just not true," said Kallman.

Federal Judge Paul Maloney agreed with the athletes and issued a temporary restraining order - which stops the soccer players from being kicked off the team until the court decides whether WMU can force them to get the vaccine.

"Our clients are very thrilled, very happy, they are allowed to continue to play, and participate, and be at practices and teammates until we get to court the end of next week," he said. 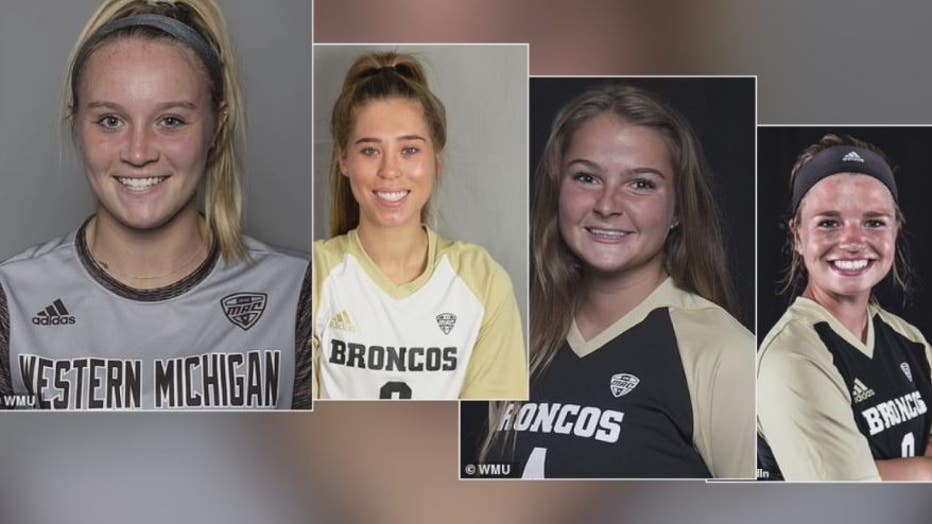 But the same federal judge didn't feel Jeanna Norris, the administrative assistant, who is suing at Michigan State University because of its vaccine mandate, presented a strong enough argument.

Norris claimed the vaccine requirement violated her right to privacy and because she has natural immunity or antibodies from having Covid - saying the vaccine was not medically necessary. The judge felt they couldn't show irreparable harm, which means MSU's vaccine mandate stays in place.

"She is technically supposed to get the vaccine by today, she faces disciplinary action if she does not. The judge's denial of temporary restraining order basically means no guarantee," said Jenin Younes, her attorney.

Younes, of the new Civil Liberties Alliance, says Norris is still waiting to see if she will lose her job for refusing to get vaccinated.

Both cases are expected to be back in front of Judge Maloney later this month, but we're told the results of the cases could have a country-wide impact and change how the covid vaccine is mandated.

"We are hoping that once the judge has a chance to read all of the science and everything we presented, he will reach a different conclusion," Younes said.