WARREN, Mich. (FOX 2) - A man was arrested Wednesday after attempting to rob a Warren man at gunpoint, only to be shot by the CPL holder.

Police say the 28-year-old victim attended a show at Fantasy Island in Detroit and when he returned home around 3 a.m., he parked in his driveway on Sherman near 8 Mile and Hoover and casually walked to his door. A 22-year-old man ran up to him with a gun.

Homeowner shoots man attempting to rob him in Warren

A man was arrested Wednesday after attempting to rob a Warren man at gunpoint, only to be shot by the CPL holder.

According to Warren police, the victim then pulled out his own gun that he was licensed to carry and fired several shots at the suspected robber. Warren Police Det. Chad Wolowiec says about 20 shots were exchanged between the two.

The victim was unharmed but the suspect was struck in the leg and forearm. Police say he was able to make it back to the vehicle and drive away. However, Warren cops were already nearby on another call.

Warren police say they even heard the shots and minutes later, they spotted someone driving a few blocks away with their lights off. But when they tried to pull them over, he took off.

"There was a short pursuit and the suspect was found a short time later sitting in the car with the gunshot wounds," Wolowiec said.

Police determined the Warren man had simply been defending himself. Police are unsure if he was targeted or if it was a crime of opportunity. The accused attacker is stable in the hospital. 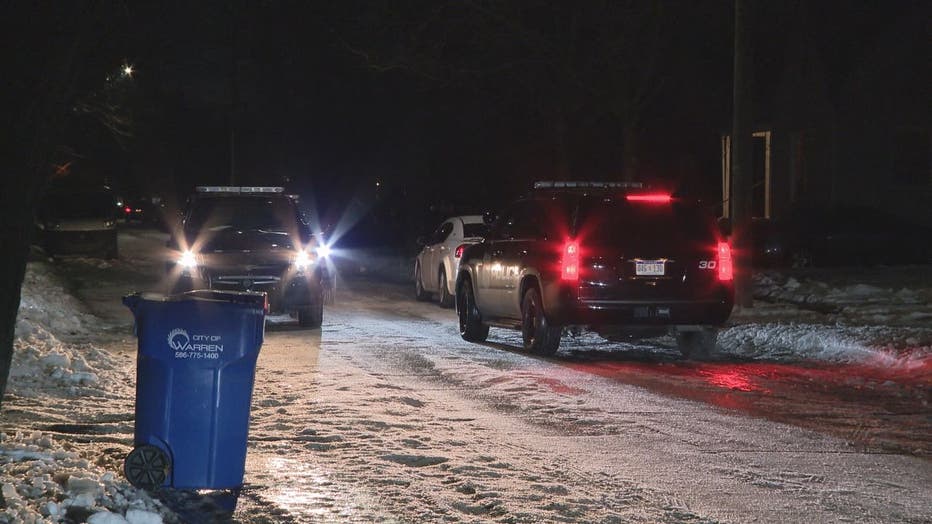 Officials say potential charges of armed robbery and attempted murder could come to that accused shooter, who already has a criminal past, as early as Thursday morning.