FOX 2 - A jackknifed semi tractor-trailer crashed into the median wall on I-75 northbound near Dix Tuesday night. Adding to the scene is two other tractor-trailers also involved in the accident, that were hit by debris.

Michigan State Police have closed I-75 southbound and traffic is ramping off at Dix while northbound traffic is getting by on the right shoulder as cleanup and the investigation is conducted. There is no information on the condition of the three drivers. 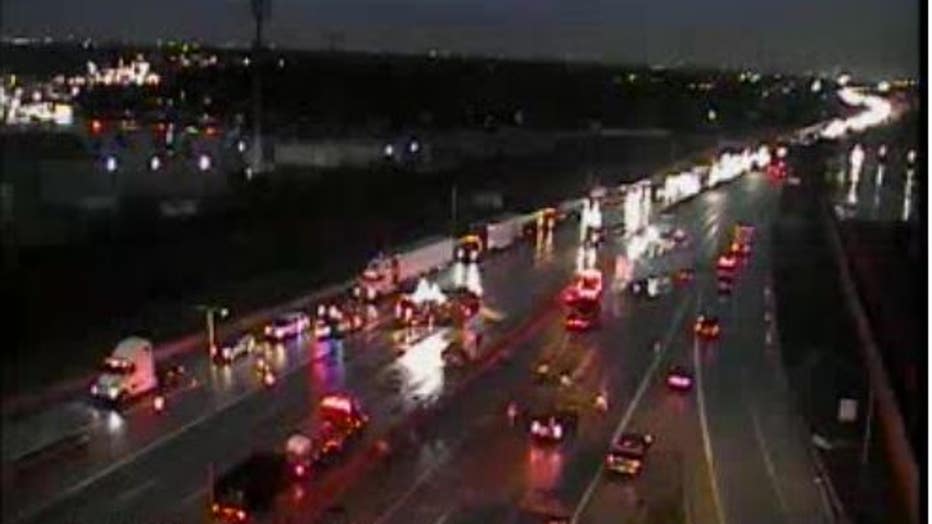 The crash happened at 5:35 when MSP says the driver of the first semi lost control on the northbound side, hitting the wall in Lincoln Park. The collision sent large concrete cement fragments into southbound traffic where the two other tractor-trailers crashed into the debris.

Tow trucks were at the scene handling clean up while the investigation was conducted.

Southbound I-75 had been closed and traffic is ramping off at Dix Hwy.  Northbound traffic was getting by on the right shoulder at this time. The investigation is continuing.