FOX 2 - Customs and border patrol made a huge marijuana bust of more than a 1,000 pounds in Detroit on Sunday.

The U.S. Customs and Border Protection Office at the Fort Street Cargo Facility encountered a commercial truck operated by a Canadian citizen. The driver presented a manifest for steel wire destined to a distribution center in Chicago. 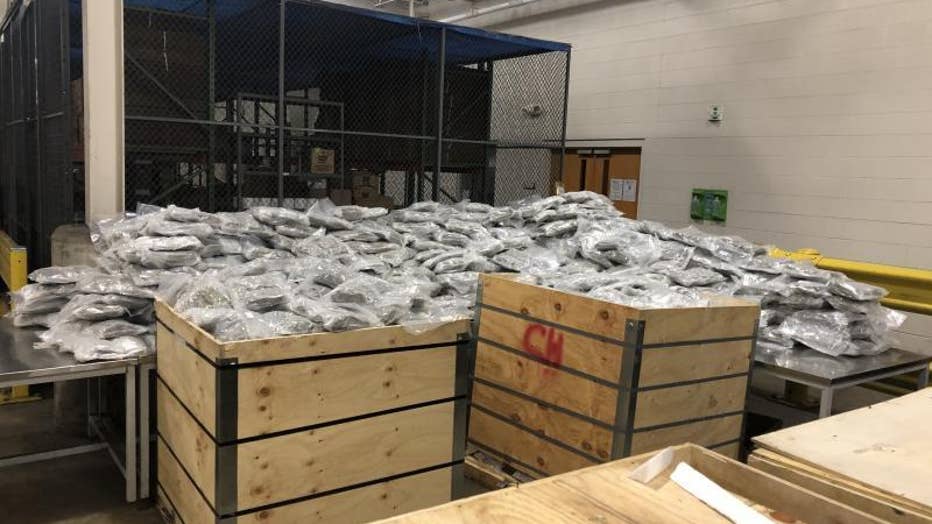 But after an examination of the truck, CBP officers discovered over 1,031 pounds of marijuana concealed in five wooden crates.

Upon entry, CBP officers became suspicious and referred the shipment for additional inspection. Officers opened the first of the five wooden crates and discovered it to be loaded with vacuum sealed packages each containing marijuana.

“The Port of Detroit is proud to have prevented the exploitation of our borders and the introduction of illicit drugs into our communities”, said Detroit Port Director Devin Chamberlain. “I am equally proud of our CBP Officers and Agriculture Specialists who remain vigilant in their efforts to protect the American people every day.”

The Detroit Field Office, which covers all ports of entry throughout Michigan, continues to see an increase in narcotics seized at our ports of entry. Since March, CBP Field Operations has seized over 5,500 pounds of marijuana at ports of entry across the state. CBP encourages anyone with information about suspicious border activity to contact us at 1-800-BE-ALERT or (800) 232-5378.