DALLAS - A white Dallas police officer was sentenced Wednesday to 10 years in prison for killing her black neighbor in his apartment, which she said she mistook for her own unit one floor below.

Amber Guyger didn't appear to show much reaction, at least from the angle of a live camera stream, as the judge read the jury's sentence. It came a day after the jury convicted her of murder in the September 2018 killing of Botham Jean.

Guyger's sentence was met with boos and jeers by a crowd gathered outside the courtroom. "It's a slap in the face," one woman said.

The basic facts of the unusual shooting were not in dispute throughout the trial. Guyger, returning from a long shift that night, entered Jean's fourth-floor apartment and shot him. He had been eating a bowl of ice cream before she fired.

Guyger said she parked on the wrong floor and mistook Jean's apartment for her own, which was directly below his, and mistook him for a burglar. In the frantic 911 call played repeatedly during the trial, Guyger said "I thought it was my apartment" nearly 20 times. Her lawyers argued that the identical physical appearance of the apartment complex from floor to floor frequently led to tenants going to the wrong apartments.

But prosecutors questioned how Guyger could have missed numerous signs that she was in the wrong place. They also asked why she didn't call for backup instead of walking into the apartment if she thought she was being burglarized and suggested she was distracted by sexually explicit phone messages she had been exchanging with her police partner, who was also her lover.

The shooting drew widespread attention because of the strange circumstances and because it was one in a string of shootings of unarmed black men by white police officers. 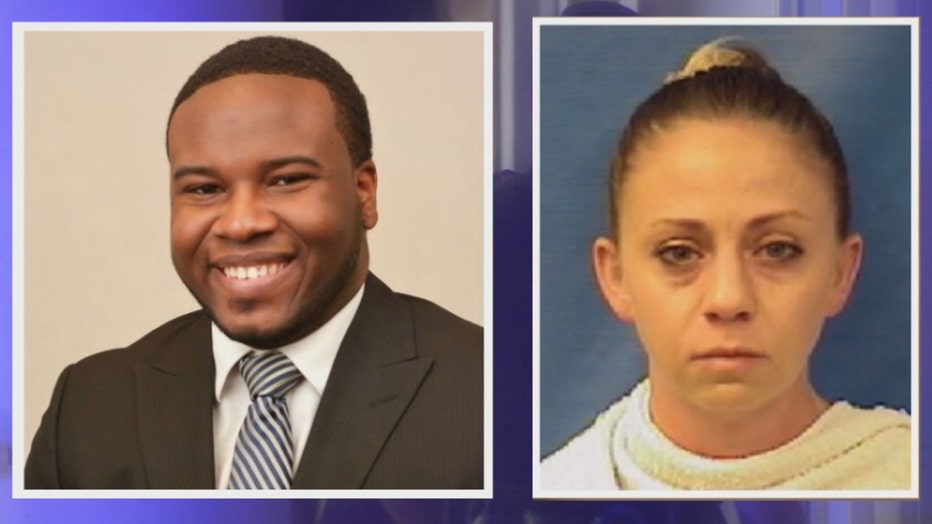 One of the Jean family lawyers hailed the verdict as "a victory for black people in America" after it was handed down Tuesday.

The jury was largely made up of women and people of color.