The “Full Cold Moon” is also referred to as the “Long Night’s Moon” and “Moon Before Yule.”

The “Full Cold Moon” or the “Long Night’s Moon” will have a high trajectory across the sky and sit above the horizon for longer than usual, hence the names of the event.

Traditionally, the year’s last full moon is associated with the onset of the bleakness of winter, including frigid temperatures and longer hours of darkness. 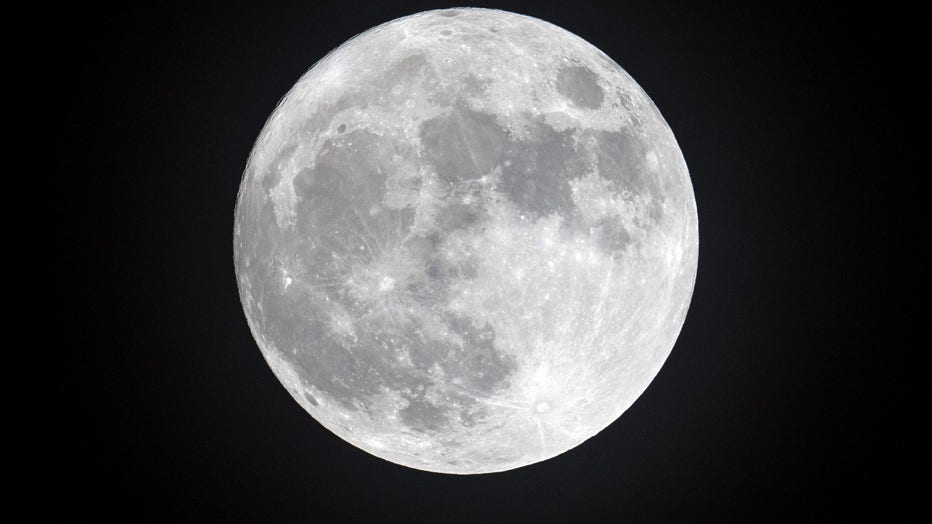 FILE: Clouds clear to allow a view of the final full moon of the year, a so-called 'Cold Moon', as it appears behind lights illuminating Penzance seafront on December 13, 2016 in Cornwall, England. (Matt Cardy/Getty Images)

This year, the full moon will occur before the winter solstice, which takes place on Saturday, Dec. 21. Nonetheless, you can still expect Thursday night to be long and cold.

December’s full moon is also sometimes referred to as “Moon Before Yule,” in reference to the ancient European festival that celebrates the return of the sun after the year’s longest night, according to Farmer’s Almanac.

And if you’re into numerology, the number 12 is often associated with completion and harmony, which sounds like the perfect way to close the curtain on the last 10 years.