SAGINAW, Mich. - One of the Saginaw Police Department's K9 officers is in good spirits after sustaining injuries during a hostage situation over the weekend.

Deebo, as he's known around the department, suffered knife wounds to the top of his head. While police were unsure at the time of the incident if their K9 unit would be okay, a news release issued on Tuesday said Deebo was "doing well given his circumstances and had a follow-up veterinary visit today." 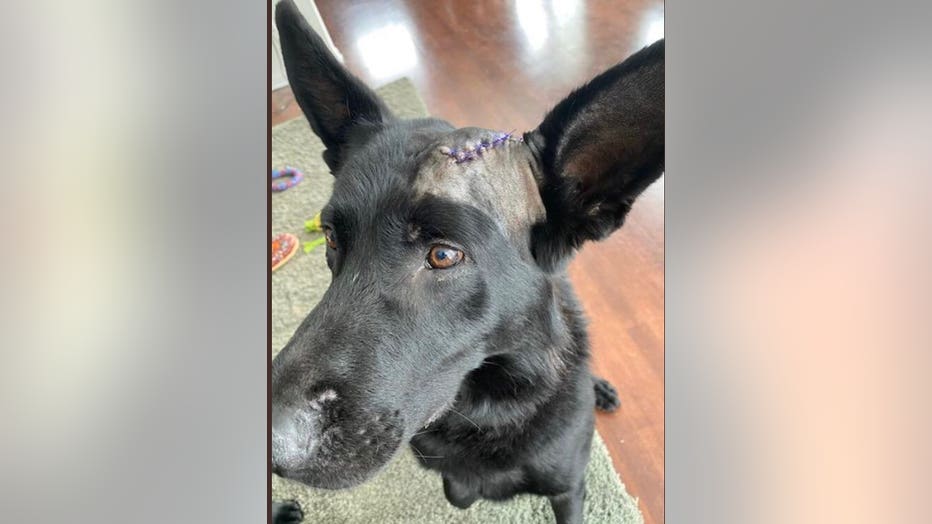 "That's what he was doing this morning. He was protecting the officers," Ruth added.

Deebo has a pretty sizeable gash on the top of his head. While some swelling from the trauma remains and the muscles that were torn had to be fixed, Deebo had stitches put in both on the outside and inside of his head.

"Deebo appears to be in good spirits and just wants to play with his little K9 'Emmett,'" read the news release, "however, due to restrictions Deebo cannot play or return to work under the Doctors orders." 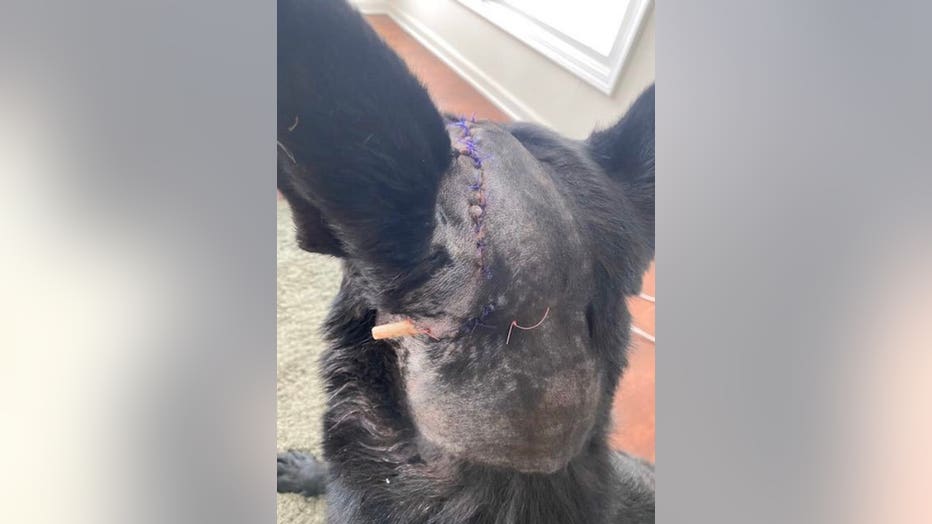 Saginaw Police responded to reports of neighbor troubles around 8 a.m. Feb. 9 at the 600 Block of Sheridan Avenue. During a press conference afterward, police said the incident escalated to domestic situation before turning into a hostage situation.

At one point, Deebo went after a 48-year-old suspect who was armed with a knife. The man began to stab the K9 victim in the head, before officers discharged their weapons at the suspect, killing him.